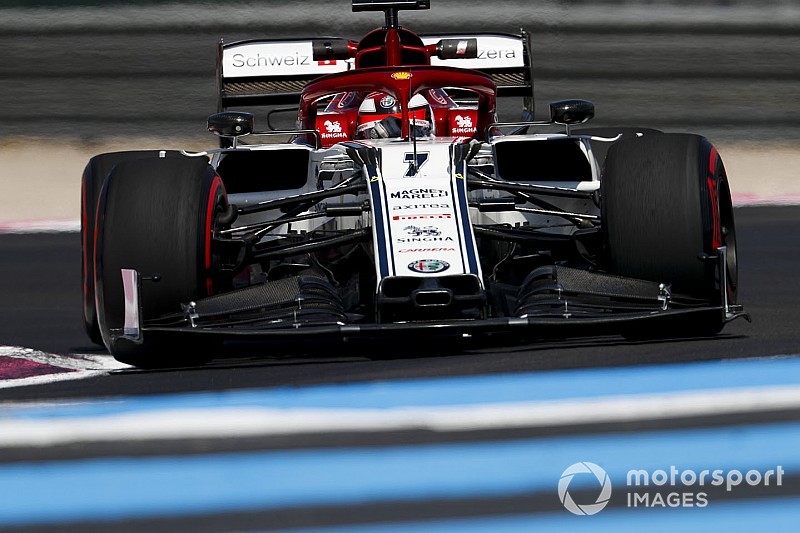 Raikkonen went off on his first effort in Q1 in avoidance of the Renault of Daniel Ricciardo at Le Beausset, the Turn 11 right-hander after the high-speed Signes corner, before attempting to rejoin the track.

Grosjean had been on a flying lap but backed out of that he came across Raikkonen's Alfa Romeo as it rejoined between Turns 11 and 12.

The matter was referred to the stewards, who ultimately decided not to take further action after considering the way in which Raikkonen had rejoined the track.

Explaining the decision not to penalise Raikkonen, a message from the stewards said: "Both drivers agreed that at this moment he was unlikely to have been able to see Grosjean and would have been well away from Grosjean, had Grosjean continued at full speed.

"While all parties agreed that the incident lost Grosjean his lap, they also agreed that the way in which Raikkonen re-joined the track did not "Unnecessarily Impede" and therefore the stewards take no further action."

Ricciardo was also investigated by the stewards for impeding Raikkonen, but no further action was taken in this case either.

Asked about the incident, Grosjean - who subsequently set a flying lap but was still knocked out of the first part qualifying - said: "Well, they [Ricciardo and Raikkonen] fucked my lap.

"I was just behind, I didn't see any yellow flag, but I just saw Kimi rejoining the track at 90 degrees, so I backed off and, yeah... I was on a fast lap."

Grosjean "gutted" not to have Haas update for home race