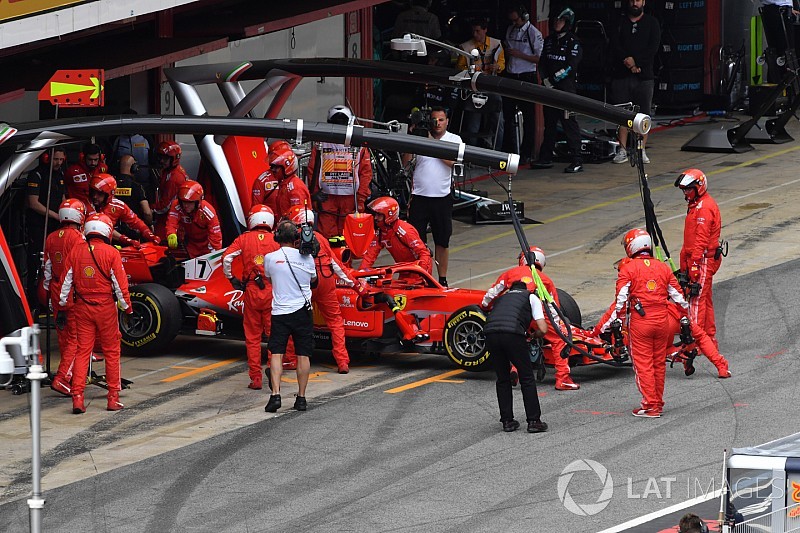 Ferrari's Kimi Raikkonen should be able to avoid an engine change for Formula 1’s Monaco Grand Prix after the problem that caused him to retire in Spain last weekend.

Raikkonen failed to finish the Spanish GP after suffering a loss of power on lap 26. The Finn was initially instructed to stop the car, but he was able to nurse it back to the pits.

It is understood a wiring problem cut the power to the left-hand cylinders on Raikkonen’s Ferrari V6.

As this is not a terminal problem with the unit itself, it should continue to be used in Monaco, having only just been introduced at Barcelona.

Those components should have lasted until the end of the Monaco race before being replaced for the seventh round in Canada, where Ferrari plans to introduce its upgraded engine.

This means Raikkonen is likely to have to wait to receive the performance boost, with the German GP in July the next logical opportunity.

Waiting until Germany would mean Raikkonen completes six races with the engine components fitted in Spain.

That cycle of races should be Ferrari's minimum target given drivers are limited to three of those components over the 21-race season before being penalised for more changes.

Raikkonen would still need to take a fresh, fourth engine before the end of the year, but this strategy would likely restrict him to just one race with a grid penalty.

However, it would mean Raikkonen contests four races with an older-specification engine than Sebastian Vettel, if his teammate can get Ferrari’s upgraded unit in Canada as planned.

The 2007 world champion failed to finish in Bahrain after a botched Ferrari pitstop that left a pit crew member with a broken leg.