Raikkonen, Ricciardo expect Vettel to bounce back at Ferrari

Kimi Raikkonen and Daniel Riccardo are expecting their former teammate Sebastian Vettel to bounce back after a tough start to the 2020 Formula 1 season with Ferrari.

During the coronavirus break Vettel was told by Ferrari his contract will not be renewed for 2021 as the Italian squad moved to replace the four-time world champion with McLaren’s Carlos Sainz.

It spells the end of Vettel's rollercoaster six-year Ferrari stint, which never delivered that elusive fifth world title that would see him step into the footsteps of childhood hero Michael Schumacher by giving the tifosi another championship to celebrate.

Vettel’s last season at Maranello has been a difficult one so far, the German struggling to get to grips with an ill-handling SF1000 while Ferrari is unable to keep up with the likes of Mercedes and Red Bull.

Despite Vettel making his worst start to a season in his 13-year F1 career, Kimi Raikkonen believes his former Ferrari teammate will turn things around.

"I’m sure he’s not very happy about how things are going, but that’s how it is”, Raikkonen said ahead of last weekend’s Spanish Grand Prix.

"Ferrari is Ferrari and people are looking at those things, for sure the Italians. But I doubt it will affect how he does his job there.

"I think he’s been in the sport long enough to know that sometimes it’s like that and to find a way to turn it around.”

Raikkonen, Ferrari’s last world champion in 2007 who now drives for Alfa Romeo, doesn’t think the added pressure from the Italian media and the team’s passionate supporters has had a negative effect on Vettel’s performances.

"I never found it any different than any other team,” he explained. "Obviously if you read all the newspapers it will be a bit more bad, but I never looked at those things.

"When I was there sometimes we had bad times and the Italians can be harsh on you on the media side, but that’s how it is. That’s how it works in this business." 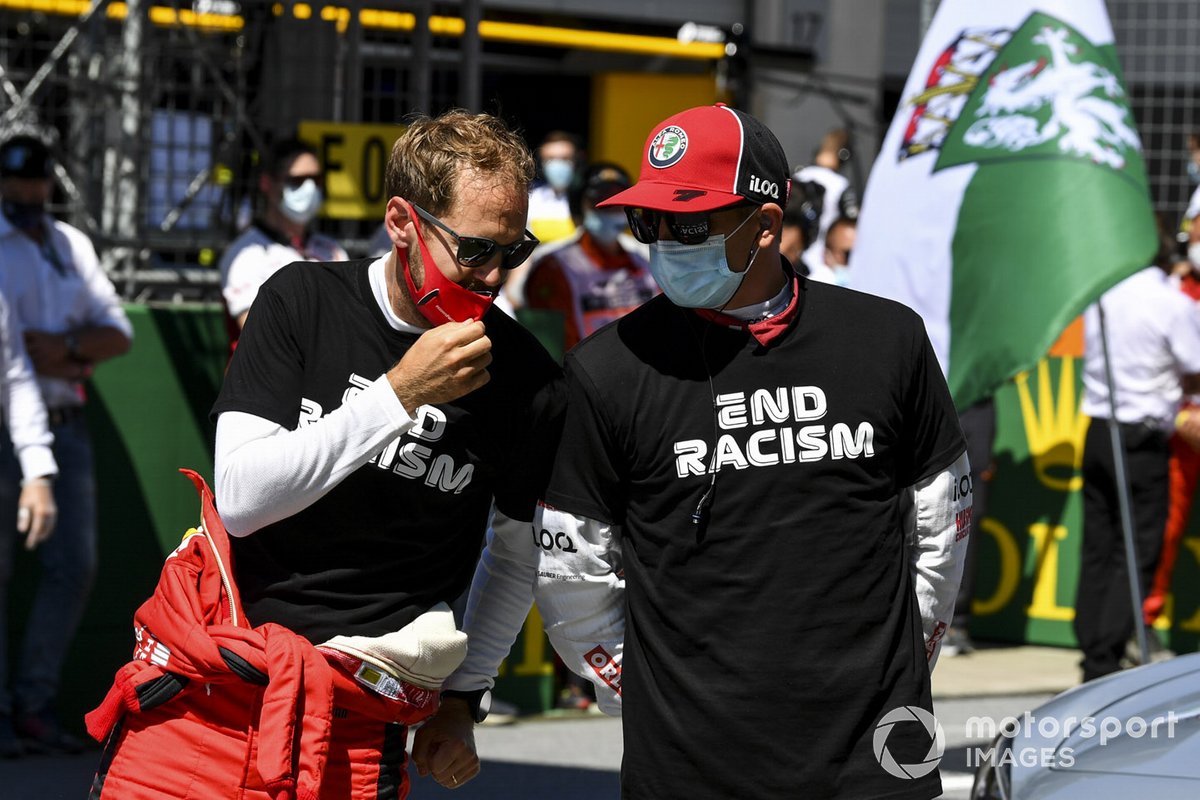 Renault’s Daniel Ricciardo, who was Vettel’s teammate at Red Bull in 2014, also expects Vettel to bounce back and not “walk away from a problem".

"I think one thing with Seb is he’s very passionate about the sport, he loves it,” Ricciardo explained. "He's someone that’s going to analyse everything and find a way to improve or find an answer to a question. I don’t think he's a guy to just walk away from a problem.

"I think he cares too much, whether it’s pure love for the sport or the pride he has in himself. I expect him to bounce back. I certainly do.

"If he wants to keep doing it and if he believes he can keep doing it at the top level he’s shown for the last 10 years, then 100 percent he should stay in the sport. He’s good for the sport, but that’s up to him to answer.”