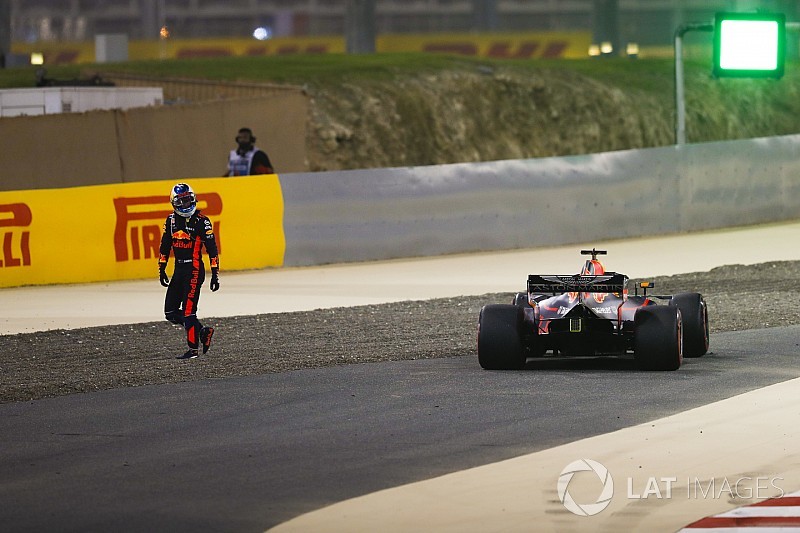 The team believed that it had a shot at victory but a suspected energy store failure forced Ricciardo to stop on the second lap, just seconds after Max Verstappen had contact with Lewis Hamilton that triggered the Dutchman’s retirement.

If the energy store is not repairable Ricciardo will have to take a second one in China, which will put him on the brink of a grid penalty as drivers are only allowed to use two energy stores for the season.

The Bahrain issue could be a repeat of a failure Red Bull suffered pre-season.

“The problem of Ricciardo is it is not the first time it’s happened,” Marko told Motorsport.com.

“What can you do when a technical issue just stops you completely?

“And we were unlucky with Max, he got such a heavy hit. It broke the wheel, and also the diff was damaged in the impact.

“First we have to sort out our qualifying, but we need a fast and reliable engine.”

Red Bull's relationship with Renault has been fractious for some time and there were strong hints last year that it could end after 2018.

Toro Rosso, the Red Bull junior team, is using Honda engines this year after swapping its Renault supply with McLaren.

The Bahrain GP made it two disappointing races in two for Red Bull, which had been expected to fight for the win last weekend.

Ricciardo said it was an example of how F1 “rips your heart out” sometimes, while Red Bull team principal Christian Horner also called it a “brutally frustrating” race.

Horner said Red Bull's pace continues to be stronger in the race than qualifying.

“Max, the feeling he was getting, he was able to line up and pass Lewis, shows the potential was really there.

“Nobody actually ran the ultimate race and we’d have been really competitive.”

Mercedes admits response to Vettel strategy was “too slow”