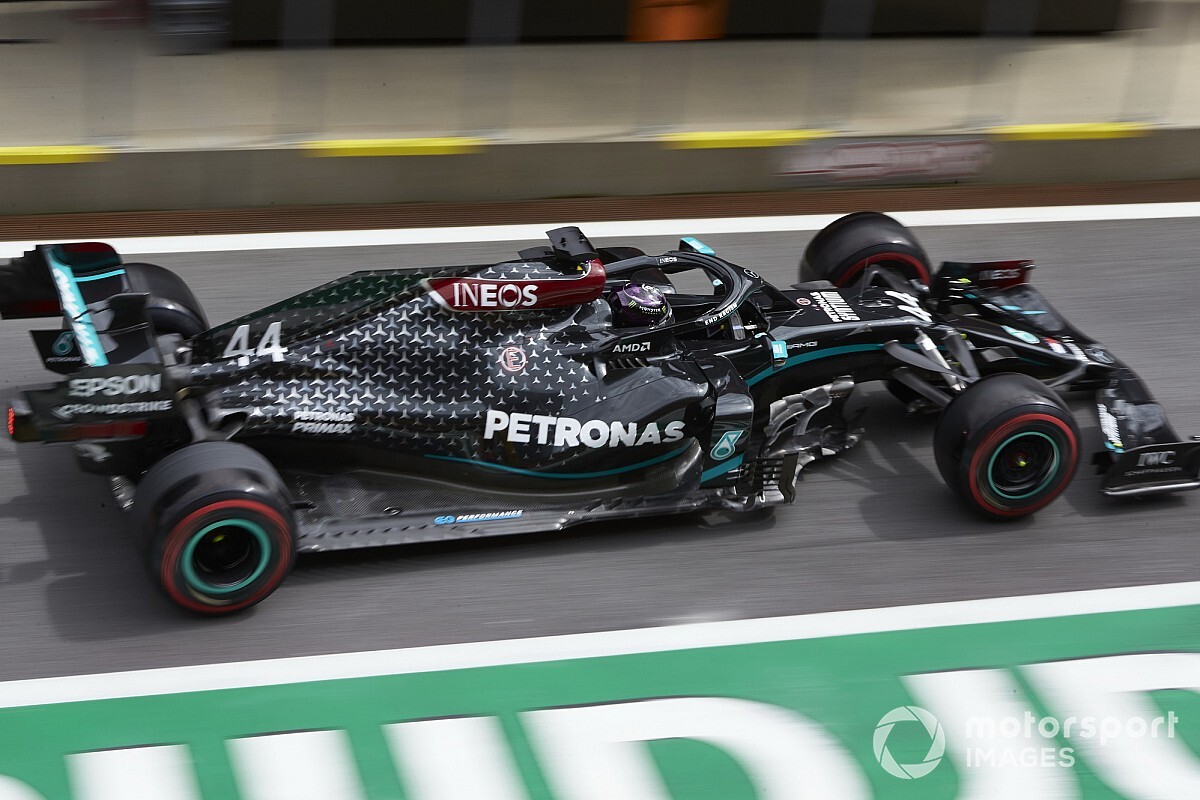 Red Bull lodged a protest against Mercedes’ DAS system on Friday evening in Austria after Lewis Hamilton and Valtteri Bottas were seen using the device through FP1 and FP2.

The stewards rejected the case after a long deliberation process, saying Red Bull’s argument that DAS was part of the suspension system was “unfounded”.

Red Bull argued DAS was illegal under the technical regulations, but the team remains unconvinced that its usage would comply with the rules surrounding parc ferme restrictions.

Teams are prevented from making major set-up changes for the remainder of the weekend once the car leaves the pit lane at the start of qualifying.

DAS allows the Mercedes drivers to change the toe angle of the car from the cockpit, with both Hamilton and Bottas seen using the system on out laps during FP3.

Speaking on Sky Sports F1 on Saturday, Red Bull chief Horner said the stewards’ ruling could prompt requests for wider changes to be made under parc ferme conditions.

“I guess if they use it in qualifying, then we may well ask to make a change in parc ferme conditions,” Horner said.

“If that is now permitted, then obviously you’ll request to make a change not with the steering wheel, but with a set of spanners, to your camber and caster and so on, whatever it controls.

“It is what it is. Hats off to Mercedes, it is a clever system. To incorporate that during this year when it gets outlawed for next year will be very, very difficult.”

Red Bull has confirmed it will not appeal the stewards’ ruling immediately, but reserves its right to do so in the future.

Horner explained the team wanted to protest DAS at the earliest opportunity to avoid interfering with the race results and prevent a lengthy wait on Sunday.

“We wanted to protest at the earliest point in the weekend so as not to interrupt with the results,” Horner said.

“It was either going to be legal or illegal on Friday, which would give the chance for Mercedes to rectify that either way for Saturday and Sunday.

“Having seen it on the car yesterday, we chose to use the avenue of a protest to achieve that clarity. We informed Mercedes of that prior to putting in the protest.

“The system is very, very complicated. Of course it comes into question what is a steering wheel for? The stewards obviously backed the decision of Nikolas Tombazis, the technical delegate there.

“We have that clarity now. We know it is legal, and if we want one, we’ll have to design our own and incorporate it.”

Horner echoed the argument made by the team to the stewards that DAS had no relation to the steering system on the Mercedes W11 car, primarily being used for balance shifts to aid tyre warm up.

“In that respect, it is a tool that as I said has nothing to do with steering the car, because they only use it in a straight line,” Horner said.

“That’s sometimes the ambiguity that these regulations create. It’s something that’s been tidied up for next year.

“The engineering feedback we had was it wasn’t fully compliant to the regs this year, so that’s why we questioned it and got that clarity late last night.