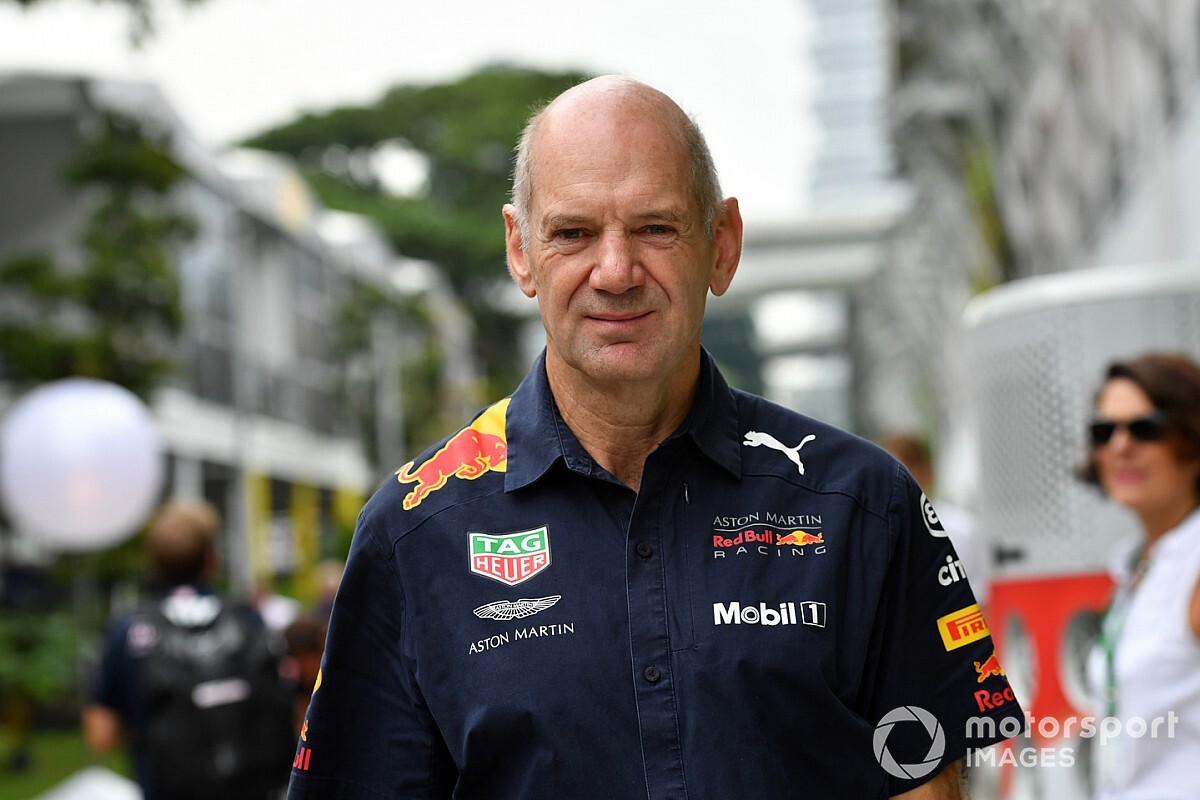 Red Bull "found a way" to reinvigorate Adrian Newey's Formula 1 motivation and has been helped in part by the team's switch to Honda, says Dr Helmut Marko.

Newey is Red Bull's chief technical officer but his direct F1 responsibility had reduced in recent years as he engaged in other projects, such as the America's Cup and Aston Martin's Valkyrie hypercar, before becoming more involved again when Red Bull made a slow start under F1's new high-downforce regulations in 2017.

Red Bull motorsport advisor Marko said the team's switch from Renault to Honda engines has helped keep Newey sharp, as well as giving him the freedom to choose how involved he is on a daily basis.

"Newey doesn't want a normal working day anymore," said Marko. "He is working for us on a daily allowance. He was very fascinated and interested in the Valkyrie project.

"You always need new tasks for him. If Newey knows that you have no chance with the engine, then you don't have the same Newey as now.

"He was at the Honda Development Centre in Sakura [in December]."

Marko said "having a motivated Newey is a big asset" to Red Bull, which is bidding to win a title for the first time since the last of its four straight drivers' and constructors' championship doubles in 2013.

"We've found a way to meet his personal needs," Marko said. "It brings value to the team for us."

Newey is in the final year of his contract at Red Bull.

He has previously been strongly courted by Ferrari, while rumours emerged around the time of the 2018 Monaco Grand Prix that Renault were considering an attempt to poach him, something the French manufacturer eventually ruled out.

"Newey's a crucial factor," he added. "When the new aerodynamic rules came, we were completely off. By Barcelona we had a competitive car again.

"That's Newey. He sees what's not right, even in the design stage, without all the technical data.

"He can tell you: 'That won't work'. He doesn't have a computer - you feel right at home in his office! He just has a big drawing board.

"Another person translates it into the computer language so that the others can understand it. [But] what he designs is 95% correct."