Red Bull Formula 1 boss Christian Horner believes the "lack of peculiarities" with the team's car has helped Sergio Perez perform "at a very high level" so far this season.

Perez joined Red Bull for the 2021 season, and while he was able to score a victory in Azerbaijan, he made no secret of his struggles to adjust to the car philosophy that was designed to suit teammate Max Verstappen.

Red Bull anticipated many of the traits of the RB16B car that made the adjustment so difficult would be eased by the new regulations that came into force for the 2022 season.

It has helped Perez make his best start to an F1 season, scoring pole position in Saudi Arabia and finishing second in both Australia and Emilia Romagna.

Perez was also in contention for victory in Saudi Arabia before a badly-timed safety car caused him to drop back to fourth place. He sits third in the championship, only trailing race winners Charles Leclerc and Verstappen.

Team principal Horner praised Perez for "doing a great job" in the early part of the season, noting that he was more comfortable with this year's RB18 car than its predecessor.

"He's driving at a very high level," Horner said ahead of the Miami Grand Prix.

"He's more comfortable in the team this year. I think the car suits him better this year. It doesn't have some of the peculiarities that the previous probably three cars of ours had. 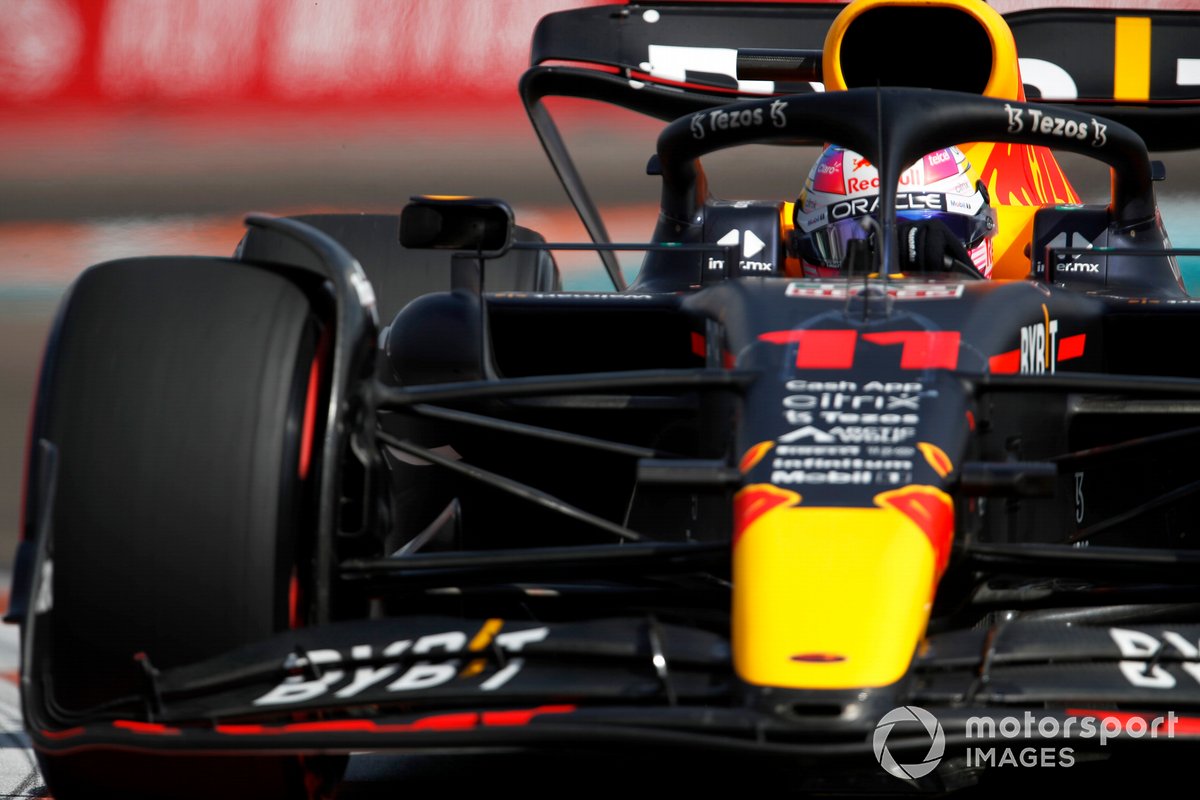 Horner said that Red Bull had "only seen a sample of four races", making it "early in the year" to start thinking about any firm plans for the future with Perez.

"But everybody within the team is very pleased with the job that Checo's continuing to do," Horner added.

Perez joined Red Bull for the 2021 season as the first driver to join from outside its own junior driver stable since Mark Webber in 2007, becoming the fourth teammate to Max Verstappen in as many seasons.

Asked in Miami if he had started to talk to Red Bull about a new deal for 2023 yet, Perez replied: "We started to talk, but we are not in a hurry to get anything done soon."