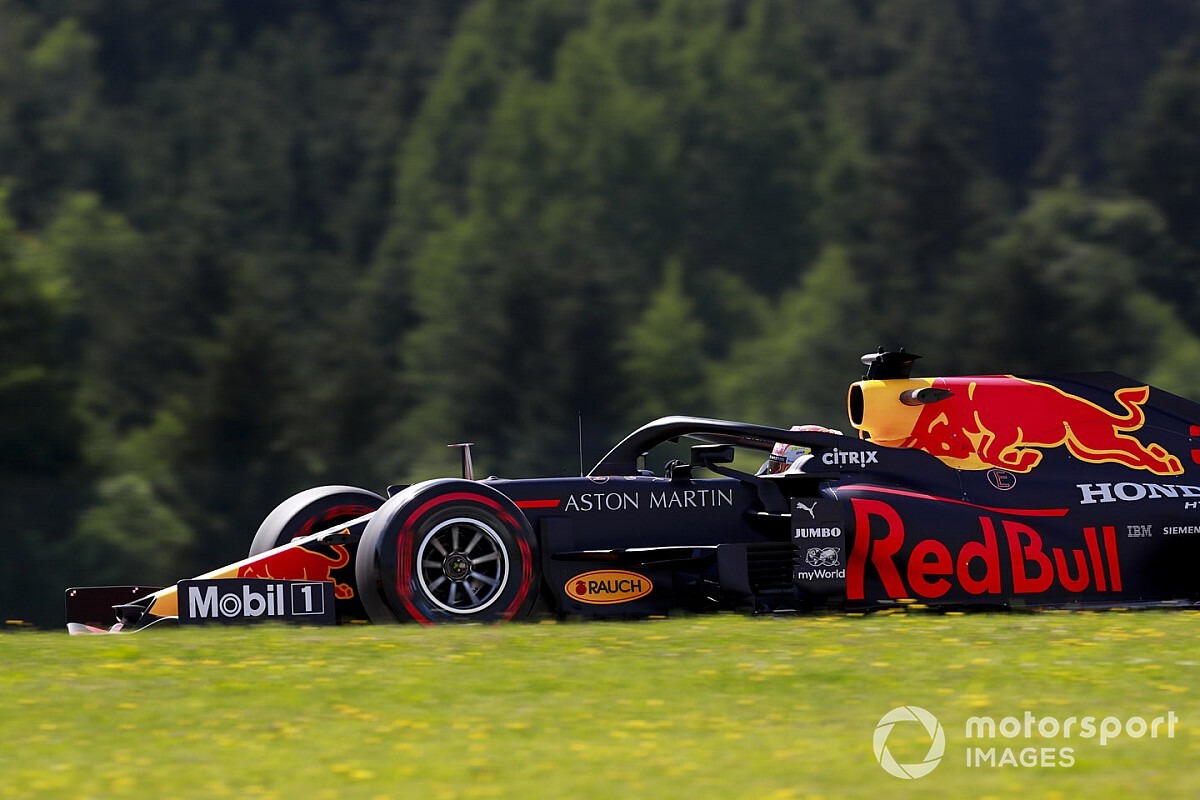 Red Bull Racing Formula 1 team chief engineer Paul Monaghan has praised the "monumental effort" of both the Milton Keynes outfit and Honda in improving reliability between the two Austrian races.

Both cars retired with electrical problems in the Austrian GP, with Max Verstappen's failure triggered by a mechanical issue that was believed to be caused by the Spielberg track's kerbs.

Honda subsequently took what it termed 'countermeasures', and in the Styrian GP the cars ran faultlessly, with Verstappen finishing third and teammate Albon fourth.

"It's nice for all that monumental effort that has gone into both revise the car in terms of its specification, and obviously deal with last week's fun and games," said Monaghan.

"Honda have done us a stunning job, as has everybody as usual within Aston Martin Red Bull Racing. So a culmination of the efforts. It's nice to be on the podium, a good reward for Max, he drove a damn good race.

"Nice reward to see Alex following him home. He defended admirably to those who chose to challenge him.

"The frustration is looking at the Mercedes, it's ahead of us again. So that's a rather understandable combination of happiness and frustration."

Expanding on Red Bull's main rival, he said: "You can look as well as I can at where we we are slower than the Mercedes, and it's a little bit everywhere. So we've got a bit of work to do.

"It looks like their engine is pretty strong, it looks like the car is strong. And it's gonna be a tough challenge to catch them, but let's see if we can. It's not insurmountable, it's not impossible."

Monaghan said that the team made aero performance steps as well as finding improved reliability even in the short gap between the first two races.

"We've taken on a huge amount to revise the car. Not all of it will be visible. Last week, we had one of them parked at the side of the road by lap 10, or whatever it was, and the other one coughing and spluttering at the end of the race.

"And this week we've run without needing to protect or deal with anything of significance.

"So that's enormously satisfying and a great reward to everybody that has helped with that. The bodywork updates were extensive, testing again on Fridays, all the pieces were there. And we were able to get more than two cars' worth in, which is a phenomenal effort from everybody.

"Their efforts have been rewarded with a third and fourth place, we on the scoreboard. And I think there's a reasonable order of the teams starting to become clear.

"And it is a nice reward for Honda, They've worked extremely hard after last weekend, and we're going forward."