Red Bull's circuit in Austria will host a Formula One event in the future but the deal is "on condition of approval by the required authorities".

Jul.24 (GMM) Red Bull needs to clear some hurdles before the Austrian Grand Prix can go ahead in 2014.

The energy drink company and Bernie Ecclestone announced on Tuesday that an agreement to stage a race mid next year at the former A1-Ring, now called the Red Bull Ring, has been reached.

But Red Bull's statement on Tuesday admitted the deal is "on condition of approval by the required authorities". 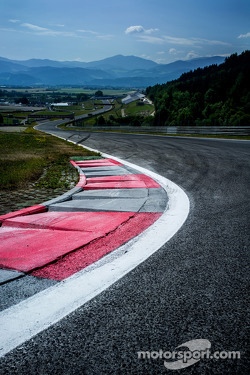 View of the track

One necessary approval, it has emerged, is the extension of the circuit's allowed spectator attendance for an event from just 40,000 people on two consecutive days.

"The question of the limits of the spectators," Red Bull's Dietrich Mateschitz admitted to Salzburger Nachrichten newspaper, "is to be clarified."

Reports also refer to limitations of the allowed decibel noise levels at the track, and backdated permission for the formation of a spectator bank.

"The conditions (for a F1 race) will certainly not be easy to fulfil," said local ombudsman Karl Arbesser, according to the German-language Speed Week.

Another local administrator, Harald Schnedl, told APA that Red Bull will have to submit a full "noise, emissions and traffic engineering concept" prior to approval.

And Kleine Zeitung newspaper said the Red Bull Ring will have to improve the current media centre, which is currently "too small" for Formula One.

"Residents will have a say," said the report, "and could delay the proceedings with objections."

Meanwhile, Mateschitz admitted the race will cost him money.

"With the gate (ticket) receipts I will cover the organisational costs, but not the license fee.

"But Red Bull Racing won both of the world championships in the past three years, which was certainly an advantage to getting the race," he added.

No more Friday appearances for Kovalainen