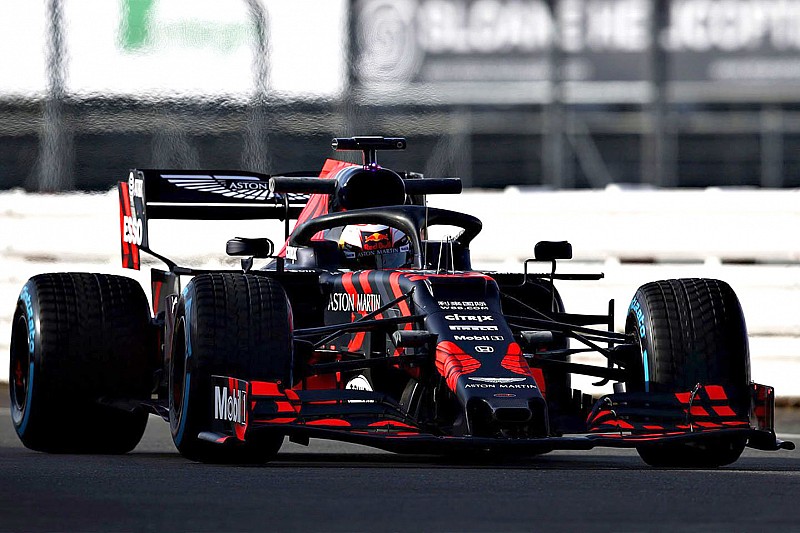 Red Bull has unveiled its first Honda-powered Formula 1 car in what it called a "one-off" livery.

The four-time constructors' championship-winning team has moved away from long-time supplier Renault in a bid to fight for titles again, and issued images online of the RB15 on Wednesday morning showing a new colour scheme featuring substantially more red.

Last year Red Bull's deal to brand its Renault engines Tag Heuer meant it ran the watch manufacturer's logos on the nose cone and where the engine cover meets the back of the sidepods.

Now, the Honda branding appears on the engine cover with Tag Heuer – which continues to support Red Bull despite the changed engine deal – shuffled to a position in front of the cockpit.

Aston Martin logos continue to appear on the outside of the cockpit and rear wing.

Red Bull looks set to shake its car down at Silverstone later on Wednesday, joining champion team Mercedes on track.

The junior Toro Rosso squad is also on track at Misano with Daniil Kvyat driving its 2019 car.

Max Verstappen, who effectively assumes the role of lead driver alongside newcomer Pierre Gasly, said in a Red Bull video released ahead of the unveiling that he was "very excited" to get started after off-season that had felt "quite long".

But he said he would avoid setting targets until the opening race.

"I guess up until Australia you can't really set goals," said Verstappen. "It's a bit blind. In F1 it's related to the package you get.

"So, I'm always quite easy going. That doesn't mean I'm not always going to try to do as good as I can try to get the best out of myself.

"But you're so dependent on what you get as a package you just have to wait."