Red Bull's Formula 1 drivers went back to Honda's pre-France engine during the Belgian Grand Prix weekend, ahead of the latest upgrade's race debut at Monza.

Honda introduced its new Spec 4 engine in Friday practice at Spa in Alex Albon's Red Bull and the Toro Rosso of Daniil Kvyat.

However, while Kvyat continued with the new unit for the rest of the weekend, Albon joined teammate Max Verstappen in using an older than expected engine for qualifying and the race.

Red Bull team boss Christian Horner revealed after the race that Albon and Verstappen used Honda's Spec 2 engine, not the Spec 3 that had been in use since the French Grand Prix.

Honda will not disclose how it swaps between engines, though F1 technical director Toyoharu Tanabe stated the Spec 4 worked as expected and said Honda is managing the mileage across its engines.

Verstappen had suffered some engine issues at Spa that Horner said was down to running "very aggressively in previous races, one being Budapest to try to get the race win".

"We couldn't run the engine quite as aggressively in performance modes as previously," said Horner.

"That's just due to the amount of mileage of the engine and how hard it has been run, nothing outside of its parameters."

As Verstappen was using his Spec 2 engine over the race weekend, any issues with the Spec 3 must have occurred on Friday.

That suggests the plan was to run the Spec 3 over the whole weekend and that the change to the Spec 2 was done out of precaution.

Honda's reliability record with Red Bull has been very strong this season.

Tanabe would not disclose specific information on the specs of the engine, but said Honda needed to "analyse in more detail" the issues Verstappen suffered.

"It maybe the condition or some other calibration," he said. "It's not only a degradation-style problem."

Albon is expected to use the Spec 4 engine he introduced into the pool at Spa, at the expense of grid penalties for last weekend's race, at Monza this week.

Verstappen is almost certain to join him in using the Spec 4, which means the Austrian/German GP winner will take his first grid penalties of the season.

That will put both drivers on a low-mileage, upgraded engine for the Singapore GP, which represents a strong chance at a third win of the season for Red Bull-Honda.

"The Spec 4 has started without any serious issues in terms of driveability or calibration and it worked properly," said Tanabe. "We already put a fourth engine in for some drivers.

"We need to manage the rest of the season based on the mileage and degradation." 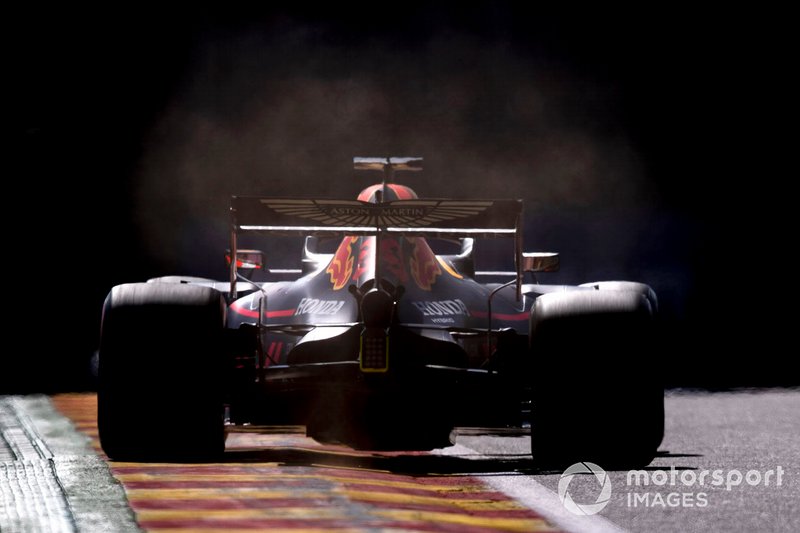