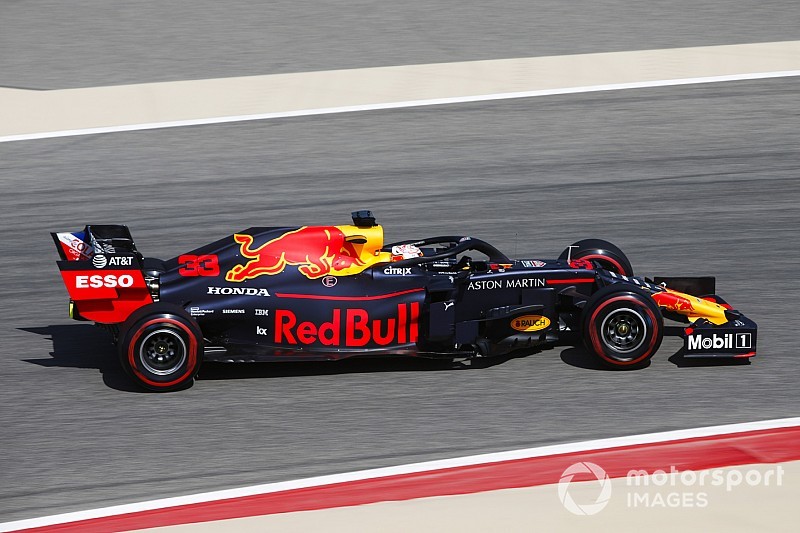 Red Bull duo Max Verstappen and Pierre Gasly say Red Bull is struggling to get the most out of Pirelli's soft tyre in Bahrain.

With the Milton Keynes-based outfit ending up behind Renault as the nearest challenger to Ferrari and Mercedes in second practice, it knows it needs to make a step forward.

But while encouraged by how their car performed on the medium compound, Red Bull's drivers say that work is needed overnight to understand why the RB15 is not delivering on the soft.

Verstappen said about his day, as he ended up sixth in FP2: "It has been okay but there is still quite a bit of work to do. I am still not happy with how the car is behaving. We will look into the data tonight to see what we can improve.

"On the medium tyre, we were really competitive. We should have been fast, but out of the last corner I had a little issue so I lost a few tenths there.

"But then on the softest tyre, I didn't feel the grip like I should have. We need to look into that."

Gasly, who ended up 12th in the second session, added: "FP1 was good. FP2 was good as well, but with the soft tyres we tried something and it didn't really work.

"We are still lacking a bit of pace with the soft tyres, but we will work tonight to find out for tomorrow."

Having beaten Ferrari in Australia, both drivers said it was not really a huge surprise to see the Maranello-based outfit strike back already.

Verstappen said: "I don't know what went wrong in Melbourne but now they are very competitive again. So that is what we expected already in Melbourne."

Gasly added: "We knew they would be fast, especially on this track. They have been fast every year and I think Australia was weird. But they clearly look very strong this weekend."