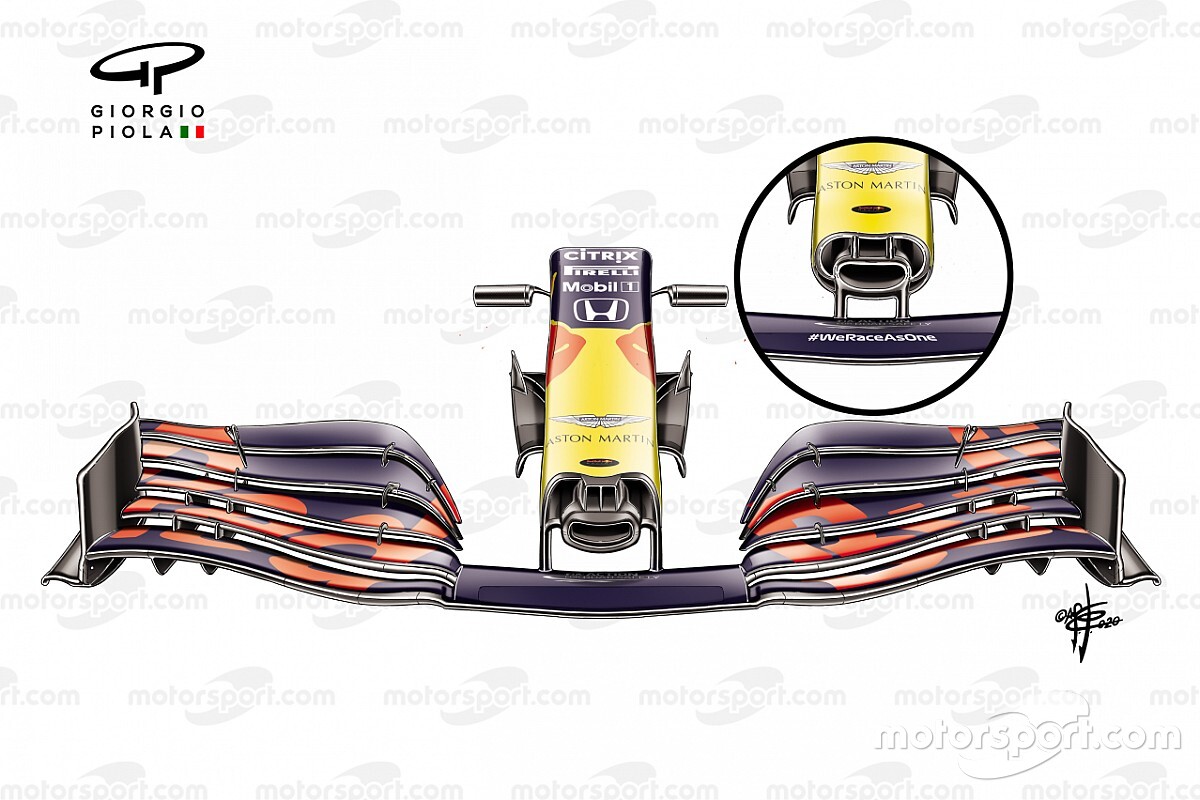 Red Bull is undecided on which specification of nose to run with at the Styrian Grand Prix, after going different ways with its two drivers last weekend.

Max Verstappen ran with a new concept of nose (inset in the main image) over the Austria weekend while Alex Albon remained with the original version.

The team wants to have both cars running in the same specification for the second race in Austria, but needs to go through the data from the weekend to get a definitive answer on which one it thinks has the best potential.

"The spec difference was more about characteristics than outright performance," explained Red Bull team boss Christian Horner. "Both drivers will converge on to the same spec next week, but at the moment we're unsure whether it'll be Alex's spec or Max's spec. We need to really look and focus at the data on that."

While Red Bull emerged from the F1 season opener as Mercedes' closest challenger on pace terms, it was still more than half a second adrift in qualifying.

Some of that gap was put down to balance issues that Verstappen couldn't solve on his car, which is why the team remains sure its RB16 has the potential to fight for wins.

"I think we've got the basis of a very, very good car in RB16, and the fact that we managed to split them in the race with Max and be running in a comfortable second is encouraging," added Horner.

"We need to try and sort out some of the balance issues that we had in qualifying and come back, hopefully stronger."

Asked if resolving the balance issues would be enough for Red Bull to threaten Mercedes, Horner said: "Yes, I believe, the potential is there to fight Mercedes.

"Perhaps not over a single lap at this track, but I think over the course of the season. And as you saw, our race pace looked pretty decent with Max and indeed with Alex. I think we have got the basis of a good car. We've just got to develop effectively."