Red Bull has been warned by the FIA that a repeat of Max Verstappen’s victory celebration burnout as he took the chequered flag at Formula 1’s Styrian Grand Prix will not be tolerated again.

Verstappen was in dominant form at the Red Bull Ring earlier, leading comfortably from pole position and grabbing a victory that extended his lead at the head of F1’s points standings.

As the Dutchman celebrated his victory across the line at the circuit, however, he slowed right by his Red Bull crew on the pitwall and then performed a burn out – leaving tyre tracks on the circuit as he sped away.

But while drivers are allowed to celebrate after the races – and some have even performed donuts in the past – the location of Verstappen’s move did not impress F1 race director Michael Masi.

Being so close to the chequered flag line, Verstappen put himself in close proximity to cars that were arriving at that part of the track at high speed – and that risked an accident if something went wrong.

Speaking after the race, Masi made clear that he was instantly unhappy with what Verstappen did and warned Red Bull that such a thing must not happen again. 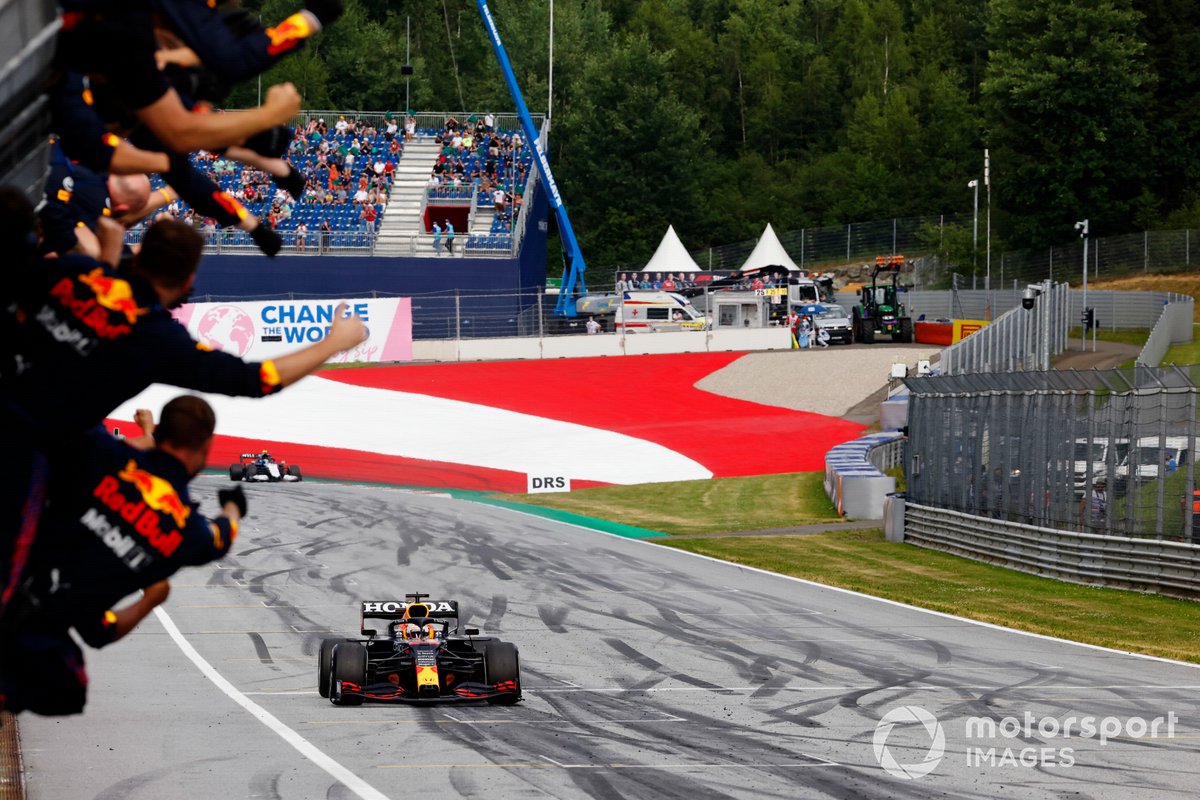 Max Verstappen, Red Bull Racing RB16B, 1st position, is cheered over the line by his team on the pit wall

Asked if the matter was looked at by race control, Masi said: “Yes I did, as soon as it happened.

“It was not an ideal situation, which is why I spoke to the team immediately and told them accordingly, that it’s something that would not be tolerated in the future.”

Article 43.3 of F1’s Sporting Regulations is clear that any post-race celebrations that drivers do must be done within strict limits.

The rule says that any celebration from the winning driver must be:

a) Performed safely and does not endanger other drivers or any officials.

b) Does not call into question the legality of his car.

c) Does not delay the podium ceremony

Verstappen’s win in the Styrian Grand Prix was his third in four races and comes ahead of a golden chance to repeat his success when F1 races at the same Red Bull Ring venue next weekend.