The Renault Formula 1 team may lodge an appeal regarding the penalty received by rival Racing Point in the brake duct case, and the Enstone outfit is set to make a decision on Friday. 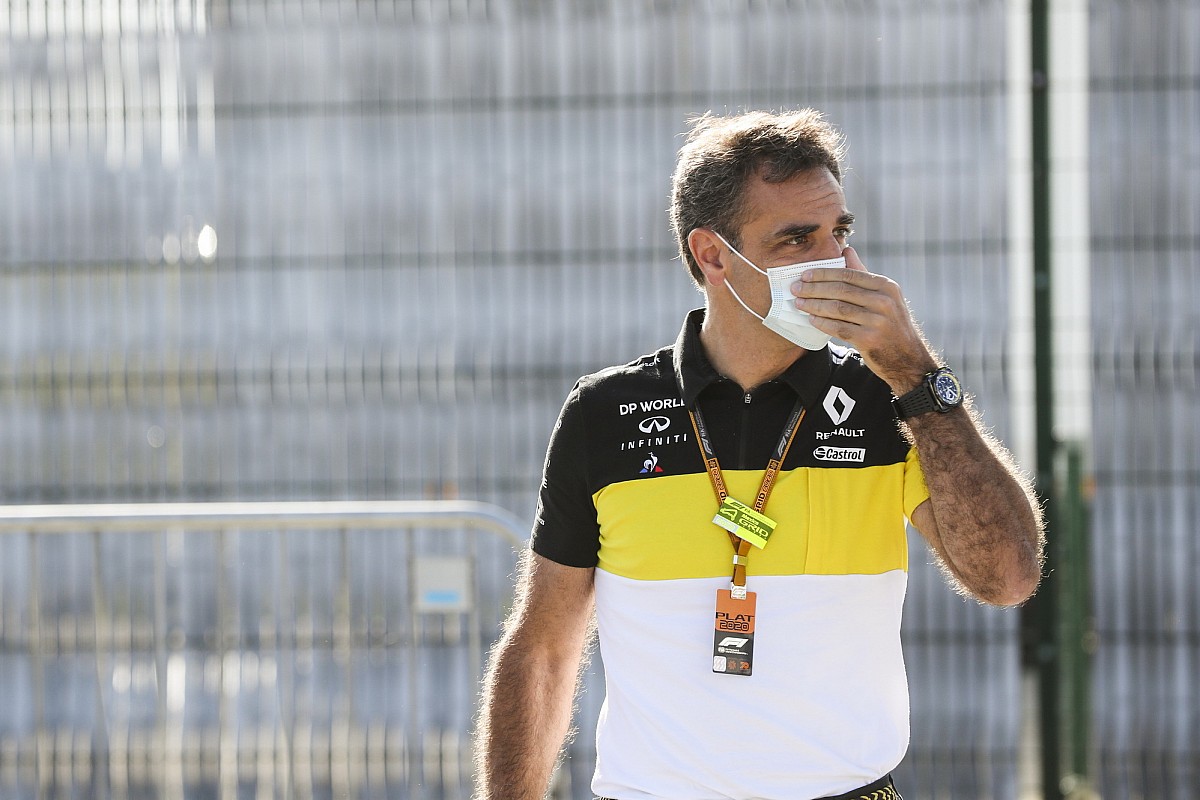 In the verdict published this morning, the FIA stewards who heard the case decreed that the Silverstone team was guilty of breaking the rules on listed parts by using the rear brake duct design of the 2019 Mercedes W10 on its 2020 car.

The team was docked 15 constructors' championship points and fined €400,000 in respect of the Styrian GP – where the first protest was lodged by Renault – and also given two reprimands in relation to the later protests at the Hungarian and British GPs.

The verdict also made it clear that Racing Point is not expected to change its brake duct design, and can continue to use the current parts for the rest of the year.

Normally a decision has to be appealed within an hour of any decision being issued, but the FIA has made an exception due to the complexity of the case, and left a 24-hour window in which to lodge a notice of intent to appeal.

The rules state that a team then has a further 96 hours to confirm that it is going ahead with the appeal.

Renault F1 team boss Cyril Abiteboul said that the team may use appeal to question the scale of the penalty.

"I can confirm that we are considering whether or not to appeal," he said. "It happens that usually we have one hour to do that, but in this particular case given the complexity we have 24 hours, and then 96 hours to confirm or not the appeal.

"Again, because it's complex then we need to balance carefully the interest of the sport, and the consistency of the sanction. We are looking at whether or not we will appeal the sanction, not obviously on the decision."

Abiteboul says that Renault accepted the overall findings of the stewards.

"There is a very specific and targeted discussion and protests in relation to one part of the car, brake duct, front and rear," he said.

"So, we are satisfied with that conclusion. I think that the question of sanction is open for debate, and could probably be discussed endlessly. We will consider that matter, bearing in mind that the advantage that was obviously obtained will keep on going for all the season. And it's a very material advantage."

Abiteboul stressed that there was also a bigger picture to consider of the wider subject of copying, and he said Renault welcomed today's pledge by the FIA's head of single-seater technical matters Nikolas Tombazis to maintain tighter controls in the future.

"I think we need to recognise that what Racing Point has done, based on a car that has such an advantage against anyone else on the grid, has been a shock in the system, and has been a disruption.

"We need to see how we deal with it. Yes, copying has been part of the story of F1. But technology has evolved so much, that it's now possible to do things that were not possible to do before.

"And we've been pleased with the statement from Nikolas Tombazis this morning, in parallel to the stewards, about his willingness to tackle that matter and to tackle it strongly. But we need to understand exactly what was behind that statement.

"That's why again, we'll take a bit of time before deciding what's our course of action from that point or not."