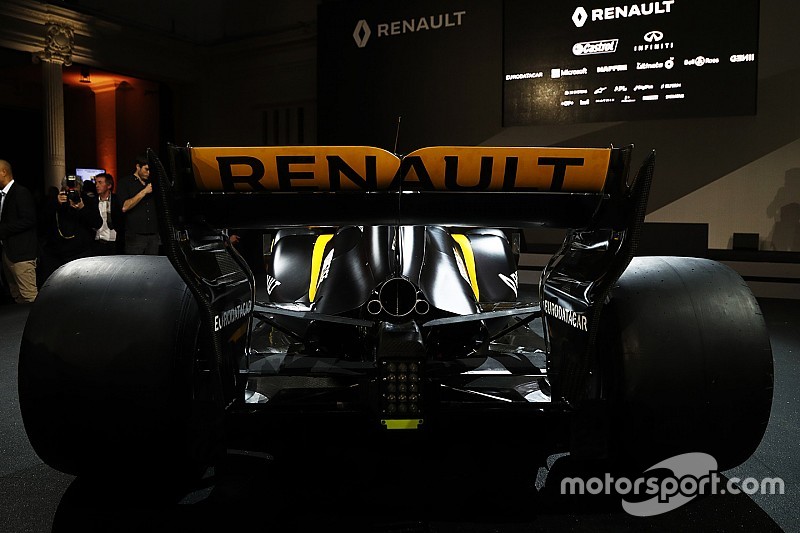 Renault’s 2017 Formula 1 power unit is 95 percent different from its 2016 powerplant after it reached the end of the previous concept's development curve, says engine chief Remi Taffin.

The French manufacturer made a step forward with its engine last year, with chief technical officer Bob Bell saying it was “there or thereabouts” with Ferrari in terms of performance.

Ahead of the new season, Renault chose to introduce a fresh concept, which includes an all-new architecture on the internal combustion engine as well as a second-generation energy recovery system.

“The engine is 95 percent different,” said Taffin at the launch of Renault’s 2017 challenger, the RS17.

“We put a lot of effort to gain on the weight on every single part as we knew we need to make an effort on that part.”

Taffin admitted it was a risk to make such a dramatic change, but Renault ultimately had no option given it had reached the limit of its previous concept.

“This engine is more based on what we’ll be doing for the next three years,” he said.

“It’s definitely risky to change anything in the power unit because everything goes with everything.

“When you change something here, it could have a knock-on effect on everything so you have to be careful.

“Everyone says last year you had a very good year, and a good track record for reliability so why have you then changed everything this year?

“It’s because we knew we had to make one more step and also because we decided this 15 months ago.

“From what we saw last year, we got to the limit of the concept we had and then we move on.”

F1’s token system was abolished ahead of this season as part of a push for power convergence.

Taffin said that has given engineers “more freedom”, but the French manufacturer would still have likely been able to make these changes under that system.

“I guess [we could have introduced the concept under the token system] because the only thing you do differently is you do not count the tokens,” he said.

“When we had the token system, you think ‘if I change this, then I can change this and this as well and then I can move onto the next package’.

“This time, you do not even think about that so it’s just freeing up your mind."

Managing director Cyril Abiteboul said Renault is on course to have unlocked a 0.3 seconds per lap performance step with its new engine.

In terms of closing the gap to Mercedes, Taffin said he was hopeful that could be achieved by the end of the season.

“Last year, I said we were trying to halve the gap and try to get the second half this season,” he said.

“We have some good opportunities to do that.

“We will try to close the gap by the end of the season, that’s the plan but you never know what the other guys are doing.”