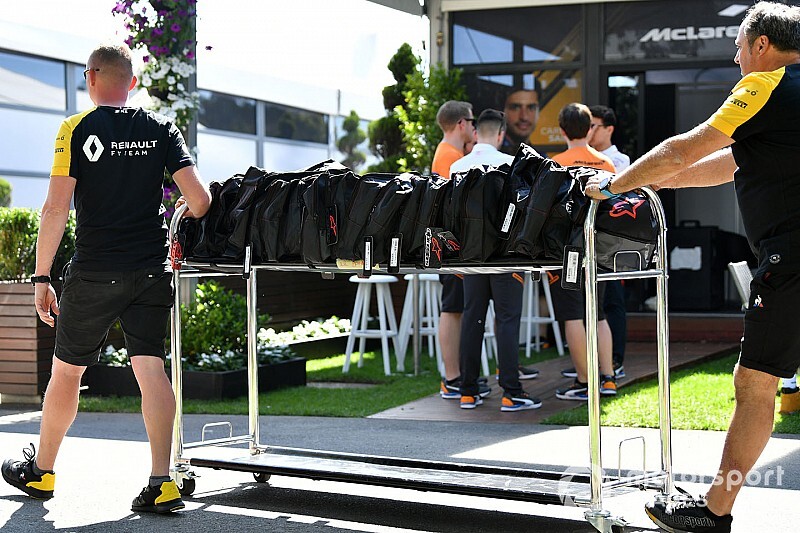 Renault has put the majority of the Formula 1 staff at its Enstone factory on furlough in a bid to try to protect the team's future in the wake of the coronavirus pandemic.

With all F1 teams facing cashflow problems because of the lack of racing, a number of outfits have already moved to make use of government support schemes.

Renault announced on Friday that it too has applied for such help, with most of its personnel at Enstone now been put on furlough.

While the government support has a limit of £2500 per month, Renault will top up the wages of all staff to make sure they still earn 80% of their usual salary.

A statement issued by the French car manufacturer said: "Renault Sport Racing has decided to retrospectively apply for the Job Retention Scheme set up by the British government.

"As of April 1st, the vast majority of Enstone staff will effectively have a total shutdown (furlough) until May 31st. This will be reviewed dependent on the development of the situation.

"It was also agreed to top-up the amount allocated by the government to guarantee a minimum of 80% of the actual salary for all team members.

"Salaries of active staff, including management, will be reduced in the same proportions."

For its engine headquarters at Viry-Chatillon, Renault has agreed to operate a part-time schedule for a provisional period of 12 weeks.

Renault added: "This period may be reduced or extended dependent on the development of the situation.

"This decision was taken in consultation with employee representatives and was supported by a solidarity agreement aimed to protect the company and its employees. For activities not covered by the FIA shutdown – Formula E and Customer Racing – work will resume depending on health conditions and the needs of the company."

Renault F1 team principal Cyril Abiteboul said the team was doing everything it could to get through the crisis.

"The very difficult human and sanitary circumstances that we are experiencing and the strict lockdown in France and England, as well as in most of the Grand Prix-organising countries, do not yet allow us to measure the impact on our sport," he said.

"We therefore must use all the measures at our disposal to get through this prolonged period of uncertainty and inactivity as best as we can, while protecting the whole team we have built over the past four years."

A meeting between Formula 1 bosses to discuss reducing the 2021 cost cap, scheduled for Friday, was postponed until next week.