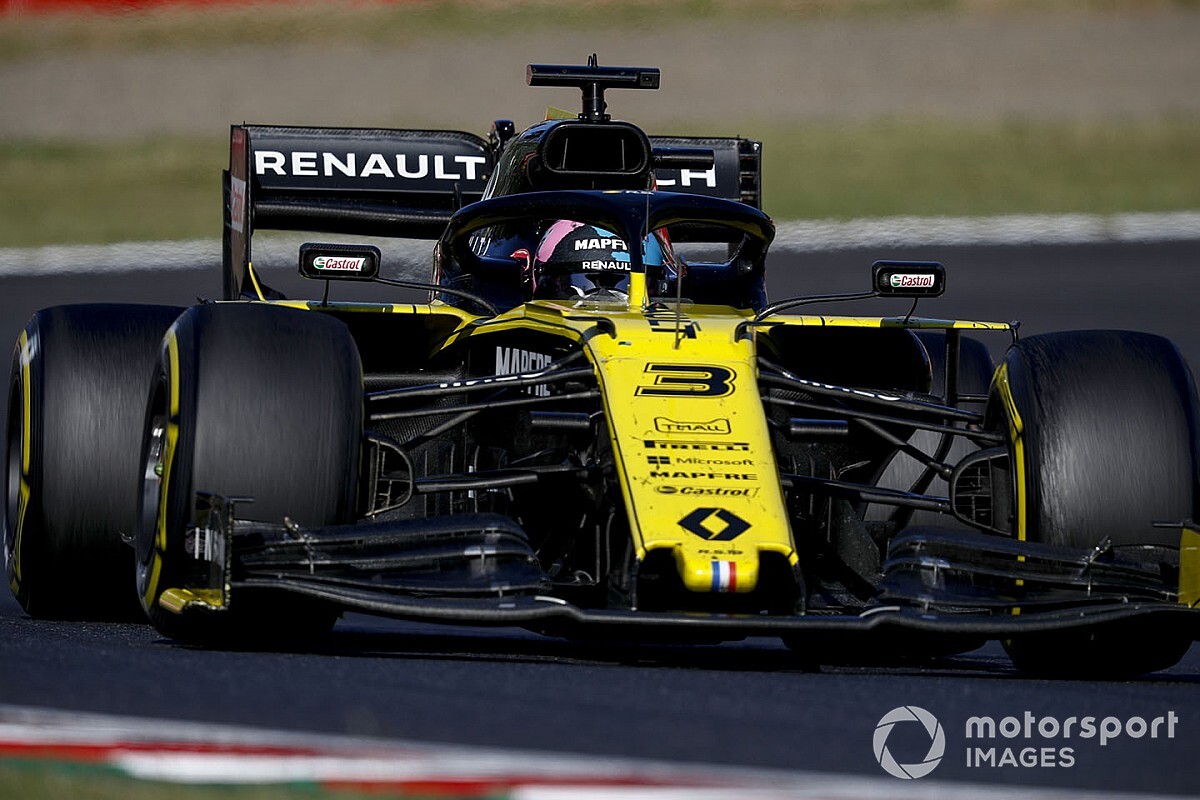 Renault says the “subjectivity” of determining a driver aid and “variability” of penalties in related cases will inform whether it appeals its disqualification from Formula 1’s Japanese Grand Prix.

After the Suzuka race, Racing Point protested Renault and claimed its rival used a pre-set lap distance-dependent brake-bias adjustment system that was in violation of the FIA's F1 sporting and technical regulations.

Following an FIA investigation, the Japanese GP stewards stated on Wednesday that while Renault “used innovative solutions to exploit certain ambiguities in the technical regulations and other supporting documents, their system does not breach any current technical regulation”.

However, because the brake-balance adjustment system saves the driver from “having to make a number of adjustments during a lap”, the stewards ruled it does act as a driver aid and Daniel Ricciardo and Nico Hulkenberg were therefore disqualified from the results.

On Monday evening in Mexico ahead of the Mexican Grand Prix, Renault responded to its disqualification by stating it would take time to decide its next move.

Renault has until 10am Thursday local time to notify the FIA if it will appeal.

In its statement, Renault said it “acknowledges the decision” of the Japanese GP stewards regarding Racing Point’s protest “concerning the legality of Renault F1 Team’s braking system during the Japanese Grand Prix”.

“Both Renault cars were disqualified from the Japanese Grand Prix and the team loses the nine points scored.

“However, considering the subjectivity of the qualification of a system as a driver aid and the variability of the associated penalties in recent cases, Renault F1 Team will consider its next course of action within the timeframe laid out by the FIA.”

After the German Grand Prix, Alfa Romeo drivers Kimi Raikkonen and Antonio Giovinazzi were given 30-second penalties after contravening the same regulation with the use of driver aids at the start of the race.

The verdict cost them points, although stopped short of a disqualification.

However, the Japanese GP stewards noted that Renault's penalty is more severe than in some other cases involving Article 27.1 after an assessment of the relative benefits of the breach.

The current revised results put Renault under pressure from Toro Rosso for fifth in the constructors’ championship.

Ricciardo and Hulkenberg also slip to 12th and 13th in the drivers' standings, falling back behind McLaren’s Lando Norris and Toro Rosso driver Daniil Kvyat.