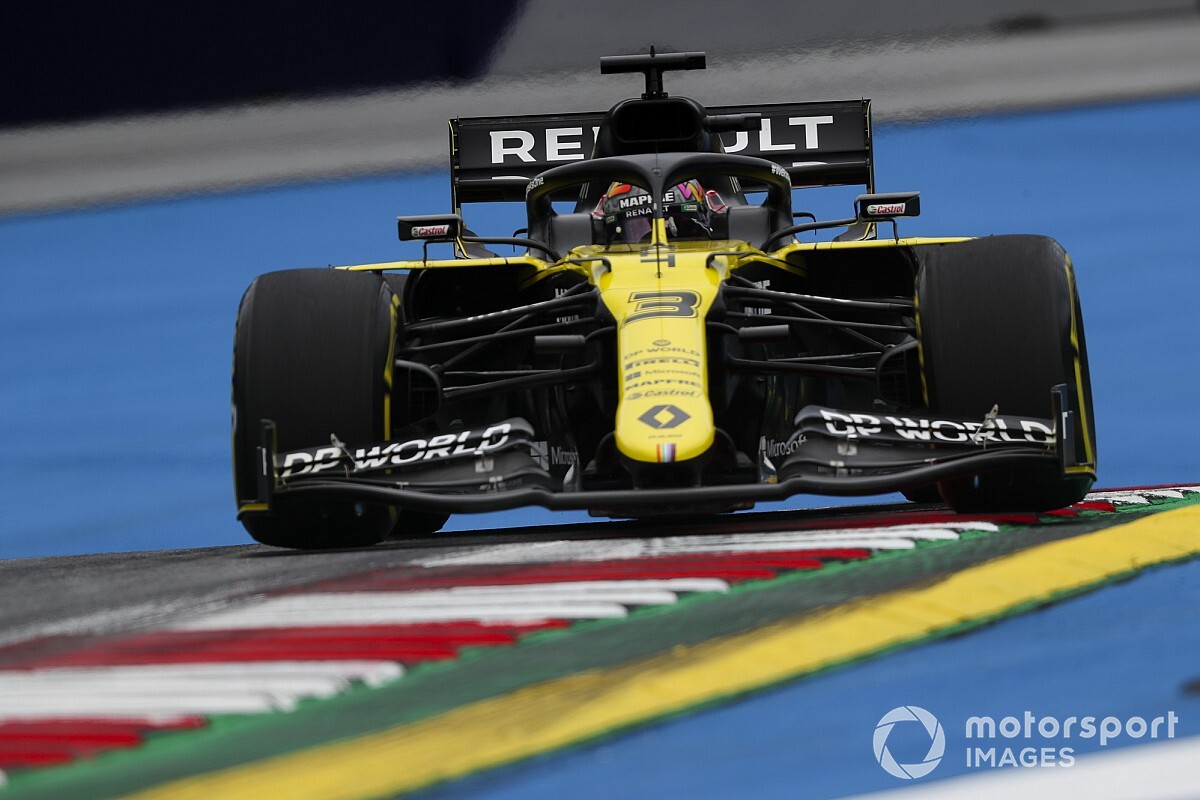 Renault will not update its engine through the 2020 Formula 1 season after opting not to bring a new specification to Austria in a bid to cut costs.

After the opening 10 races for the year were called off due to the COVID-19 pandemic, F1 teams agreed a series of cost-cutting measures for this year, including a freeze on engine development following the first race.

Honda confirmed it had an upgraded power unit ready for the opening race in Austria, while Mercedes has a new specification compared to what would have raced in Australia to improve its reliability.

But neither Ferrari nor Renault have brought an updated power unit to the Red Bull Ring, meaning their specifications will be frozen for the remainder of the season.

Renault F1 team boss Cyril Abiteboul explained that the complicated financial picture as a result of the shortened season had forced some compromises to be made, including shelving engine development.

“[There have been] some trade-offs and some sacrifices that we’ve made in order to manage a crisis that’s been extremely severe,” Abiteboul said.

“We are talking about a very large reduction of the prize fund. We also are having discussions with sponsors that have been very loyal, but that are all facing challenges in their own businesses.

“We had to come up with some decisions, and one of those decisions is that we’re going to pause engine development, focusing on what will be the next step that we will have the opportunity to discuss later. That means don’t expect any engine upgrades for us this year.”

Renault enters the new season aiming to bounce back from a difficult 2019 in which it slipped to fifth place in the constructors' championship, losing ground on the leading three teams.

Abiteboul said that some “signs of weakness” in the team’s operation had already been identified prior to last season, but was optimistic about its chances of bouncing back.

“If you go back into 2018, yes, we were P4 in the championship, but it was clear that we were not capable of developing at the right pace to catch up with the top teams,” Abiteboul said.

“It was already clear that McLaren was on a very nice trajectory. We had to do a number of changes that led us to change a big part of the technical leadership in Enstone.

“I think the engine has made good progress, I think it’s well-recognised and accepted. We now need to focus on the car, and that’s also part of what we are doing now with the decision we have taken in terms of financial trade-off for the future.

“I am feeling pressure, but equally, I’m feeling also confident about this year, and the ones to come after that.”