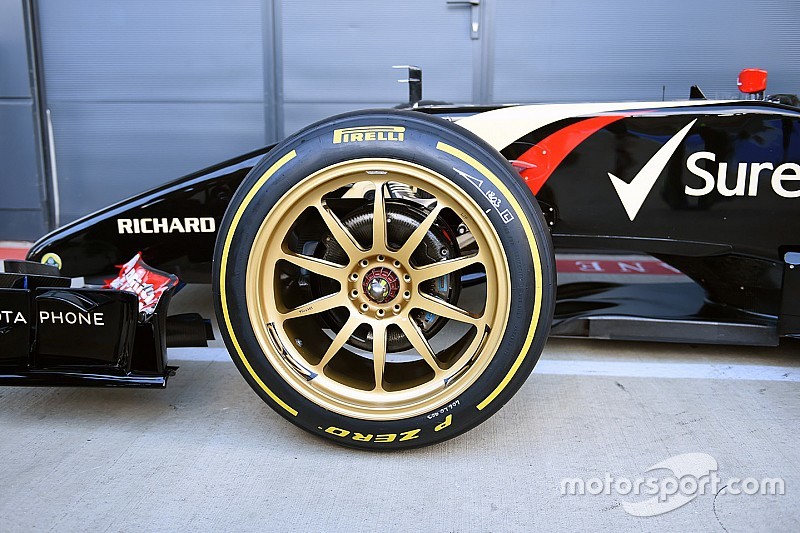 The Renault Formula 1 team will kickstart Pirelli’s 18-inch tyre test programme for 2021 when it runs a mule car at Paul Ricard on September 12-13.

Sergey Sirotkin is currently scheduled to do the test as part of his deal to be the Enstone outfit’s reserve driver this year, although the team is yet to officially confirm that the Russian will take part.

Renault is one of three teams that has volunteered to help with the initial 18-inch testing, along with McLaren and Mercedes. All three have created mule cars based on 2018 chassis, adapted to take the larger wheels and low profile tyres.

All three will do two days of running each before the end of this year, with McLaren in action at Paul Ricard in October, followed by Mercedes in December.

Pirelli has 25 further days of in-season 18-inch running in 2020, plus a three-day final validation test after the final race in Abu Dhabi, two days of which are currently slated for rookies.

All other teams have been invited to create mule cars from 2019 chassis, and most are expected to do so, given that they will potentially have at least five days of running with it. Additionally, teams won’t be able to do the 2020 post-season Abu Dhabi test with a standard car.

Renault, McLaren and Mercedes can continue to use their 2018 mule cars next year, although they also have the option to create new ones from a 2019 chassis.

“We start with Renault a few days after Monza in Paul Ricard,” said Pirelli F1 boss Mario Isola when asked by Motorsport.com. “At the same time we have Mercedes running a current car for the last time. Preparation is going well. It is the real first test with an 18-inch tyre with a modified mule car, so everything is new, and there are a lot of question marks.

“But it’s important for us to start in September because at least we have time to react if we find any behaviour which was not predicted by our simulation.

“I can say that the main work will be on constructions, as you can imagine, so we’ll start with a compound which is something that we know, because the first test is to define the construction.

Pirelli has been already done extensive 18-inch testing with the prototype 2020 F2 car, and has thus enjoyed the luxury of developing the new tyres with the car that will actually use them next season. However, Isola is confident that the mule cars will be a good starting point for the F1 testing.

“With F2 we have a car which will soon be the final version of the car that will run next year, quite in advance, while F1 is using the mule car. This is the biggest difference between F1 and F2.

“For us it’s important that the mule car is representative of the expected level of performance. Obviously 2021 cars will be completely different, and we cannot ask teams to build a 2021 car. The level of downforce estimated for 2021 should be lower. It’s easier to take out downforce than add downforce.