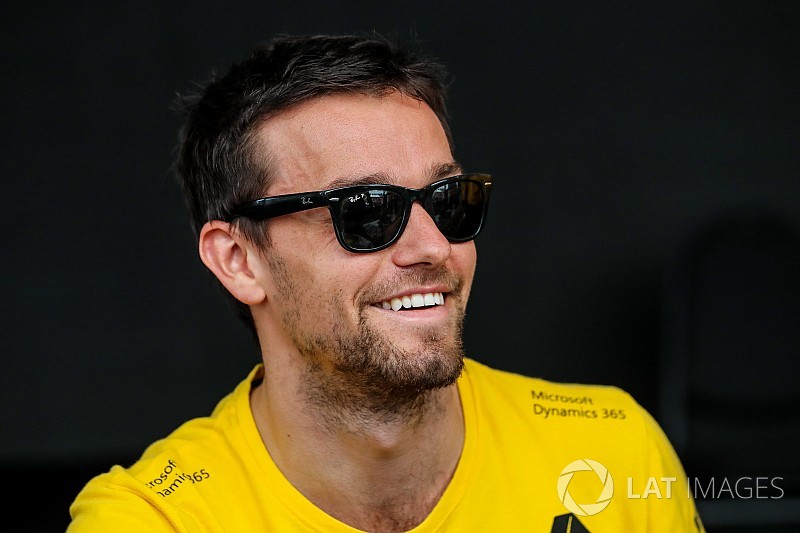 Renault Formula 1 boss Cyril Abiteboul has suggested the French marque could help Jolyon Palmer to secure a seat elsewhere in motorsport for next season.

It was confirmed on Saturday at the Japanese GP that Palmer will not see out the season at Renault, as Carlos Sainz joins the Enstone-based team for the final four races of the year ahead of his full 2018 campaign.

Palmer's options to stay in F1 are understood to be slim, with his main target Williams set to evaluate Robert Kubica and Paul di Resta as possible alternatives to incumbent Felipe Massa.

It leaves the 26-year-old potentially having to look elsewhere to further his career, and Abiteboul has hinted that Palmer may be able to call on assistance from the Renault group to land a seat.

Renault's other major motorsport commitment besides F1 is in Formula E, as a powertrain manufacturer and partner to e.dams, the dominant team of the first three seasons.

“We are a manufacturer that’s part of a large group, and we have a footprint that’s quite wide in motorsport, so there are opportunities also to help him for the future," Abiteboul told Motorsport.com when asked about Palmer's future prospects.

"He has my personal and also Renault’s commitment to see how we can help him in the next challenge. I’m pretty sure he’s got some ideas.”

Speaking before the news broke of his early exit from Renault, Palmer said he was "open-minded" about what his next career move could be, albeit ruling out a third driver role in F1 like the one he held at Lotus in 2015.

He also said the fact Williams is considering two drivers who have been out of F1 for several seasons gives him some encouragement his exodus from the sport may not be permanent.

"I think one thing you can say is never say never in F1," he said. "Obviously with Kubica coming back, I think that shows - probably a lot of people thought he’d never come back, and he is there.

"And also Paul di Resta who’s not raced a car in F1 apart from Budapest [filling in for Massa] for a long time and he’s in the mix for a drive again. You never know."