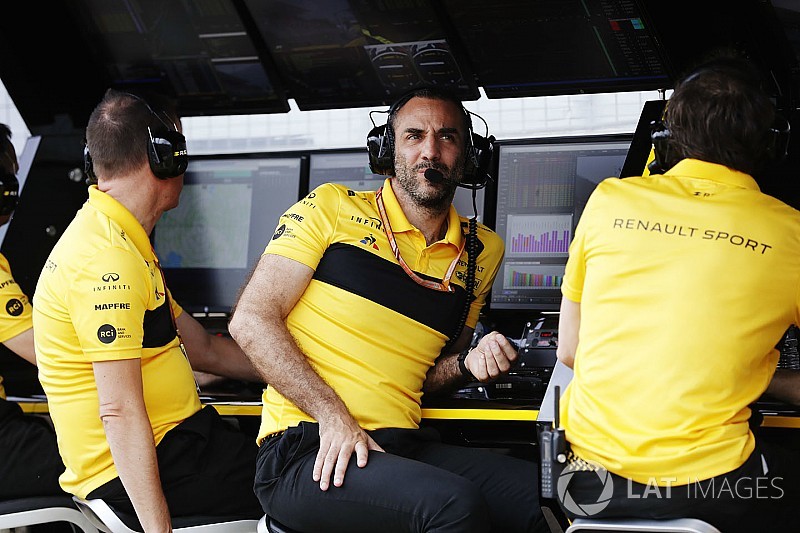 Renault Sport F1 boss Cyril Abiteboul insists that the company is not concerned by criticism levelled at the company by Red Bull Racing's Christian Horner.

Interviewed on air by Sky F1 immediately after Max Verstappen retired from the Hungarian GP with an MGU-K issue, Horner expressed his frustration, which was exacerbated by the fact that it came so soon after an engine failure for Daniel Ricciardo in Germany.

"I am not going to get drawn into saying too much," said Horner.

"But we pay multi millions of pounds for these engines, for a first-class product, a state-of-the-art product, and you can see it is quite clearly some way below that.

"So it is frustrating. That is what it is. We still have Daniel in the race and I will let Cyril come up with his excuses afterwards."

When asked after the race by Motorsport.com about Horner's comments, and the effect it might have on Renault's top management, Abiteboul made it clear that the relationship is more strained than ever.

"Our bosses have stopped reading what Christian Horner is saying about us since 2015," he said.

"They will have their engine partner that will be paying a helluva money to get their product on board, and I wish them good luck. I have nothing else to say."

Speaking to Channel 4 after the race, Horner stressed that the Hungarian weekend was a wasted opportunity, especially after Ricciardo showed the potential of the car by charging from 12th on the grid to fourth.

He also said that grid penalties for both drivers were inevitable in the upcoming races.

"We had a competitive car in the race so it's very annoying," he said. "In the race you could see we had a very strong race car, so in the race we gave nothing away to any of the other cars.

"But the task is to understand what happened yesterday in the wet. I think Max as well would have had a very competitive race today, had it not been for the engine failure.

"But Daniel today has driven a fantastic grand prix, despite being assaulted in the last couple of laps he kept it together and for me he was driver of the day.

"It looks like we may have penalties in the next couple of races, so obviously it's frustrating."