Renault revised its rear wing package ahead of the third Formula 1 free practice session ahead of the Azerbaijan Grand Prix, dialling in a little extra downforce.

The French team trialled a low angle-of-attack rear wing in Friday's running, aiming to develop as little drag as possible for the 2.2km straight on the Baku street circuit.

It also featured new low-drag endplates, minus the serrations of the design it has run so far this season.

Giorgio Piola's image below showcases the shallower Renault wing in the garage. 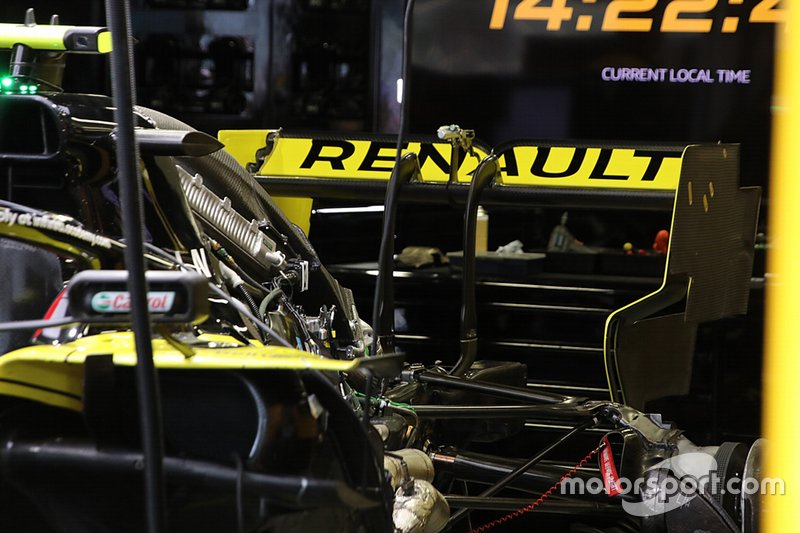 After a dismal FP2 session in which drivers Daniel Ricciardo and Nico Hulkenberg could only manage 15th and 17th respectively, the team has reverted to its original endplate design and the wing now features a more curvaceous mainplane - as seen in the first image.

This is to alleviate any problems with handling at the rear, aiming to trim off some of the drag compared to its usual package - but offers a little bit more grip on the exits of the corners.

The section in the middle is raised slightly, much like Racing Point's Baku rear wing package, aiming to develop greater downforce in the central section - meaning it's less susceptible to the effects of yaw in the corners.

Mercedes also made changes to the rear wing package, as it seeks to chase Ferrari - which has had the edge over the rest of the field so far. 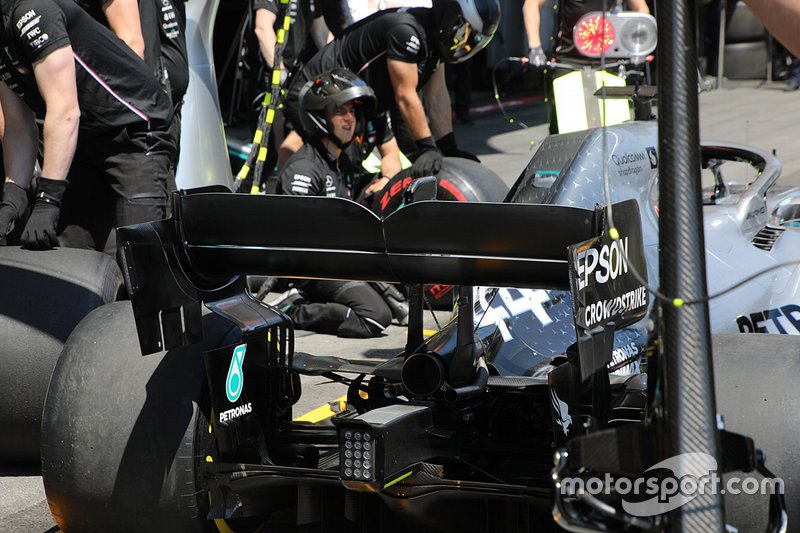 The mainplane's trailing edge no longer bears the serrations it ran with yesterday, instead featuring a more typical straight edge design.

Although the idea is to shift the separation point of the wing further back, allowing the team to run with more wing, Mercedes appears to have found it surplus to requirements.

Other teams conducted further tests having missed out on a lot of Friday's running - following the cancelled FP1.

"Stupid" Leclerc says he deserved to crash out in Q2