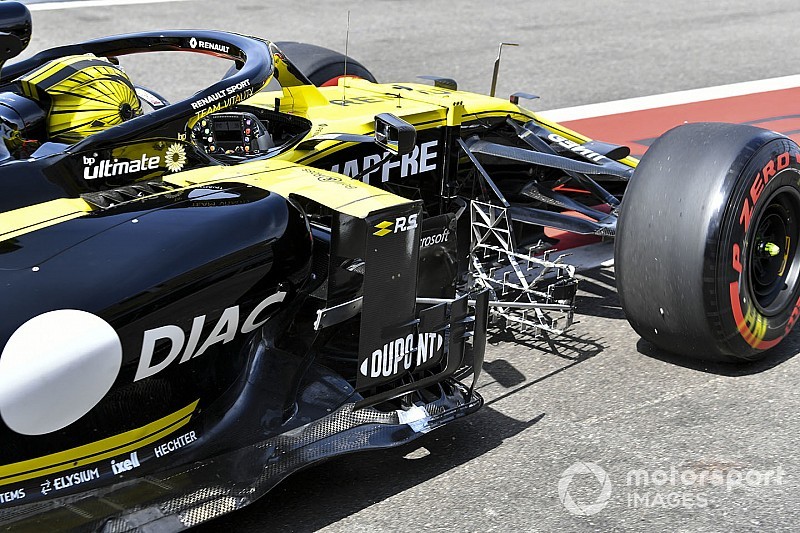 The Renault Formula 1 team has brought a number of new upgrades for the French Grand Prix as it aims to draw clear of the competitive midfield order.

On the back of its best result of the season so far – claiming sixth and seventh in Canada – Renault has brought a new front end and new floor to Paul Ricard, along with a selection of other new parts. 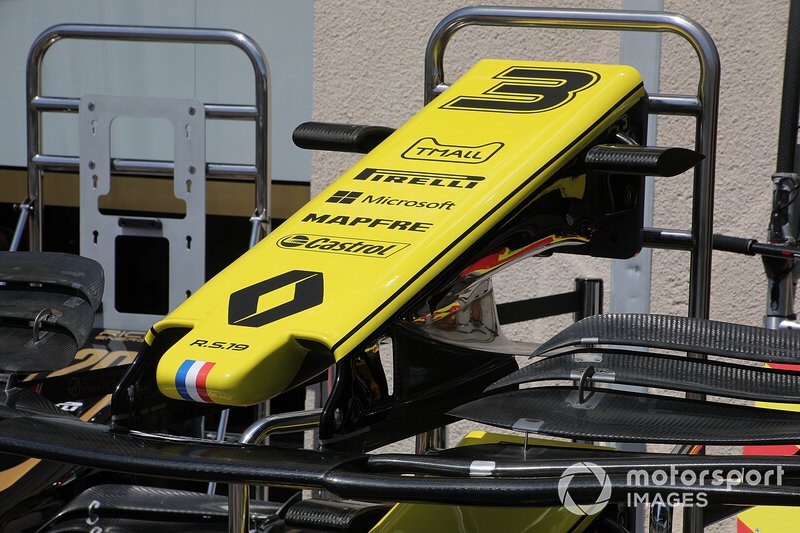 In Giorgio Piola’s photograph of the new Renault nose (above), the mounting pylons have been extended further back to include a ‘cape’ section, which assists in limiting any lift produced by the front. By creating a longer path for the airflow passing underneath to take compared to the front, it produces added downforce.

The team has also extended the turning vanes either side of the sidepod opening, taking them higher up to connect with the horizontal bodywork – near the R.S logo (below). This seems to indicate a greater desire to pick up the airflow shed from the wheel assembly and create more options when guiding that down the flanks of the car. 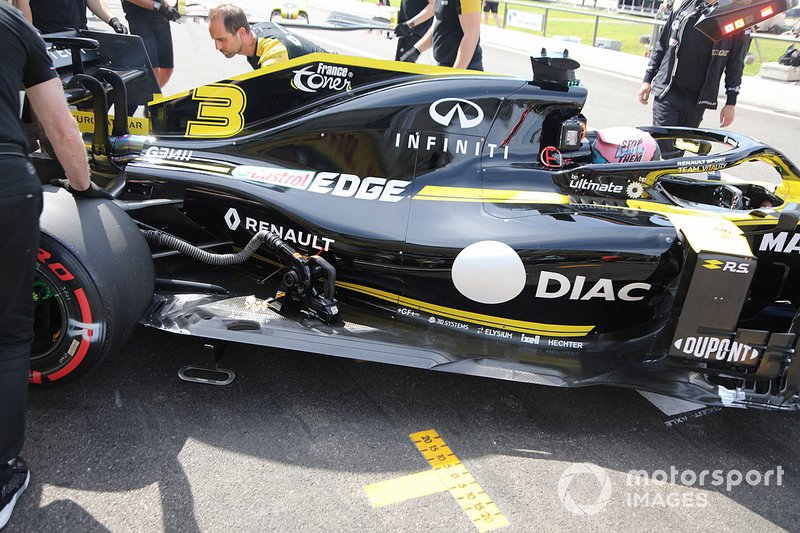 McLaren also worked with a new front wing design (below), daubing it in flow-viz paint to work out its effect. An evolution of the Ferrari-style wing it brought to Barcelona, the repositioned strakes at the underside will affect the airflow patterns experienced both below and on top of the wing. 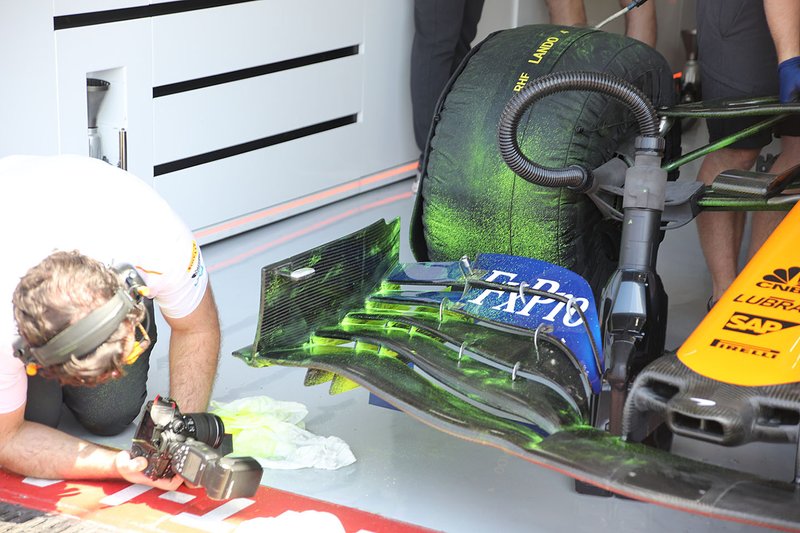 There’s also changes at Alfa Romeo, which has also brought a dog leg-shaped boomerang to fit horizontally across the bargeboard package (below).

The central section is brought forwards to pick up airflow from the inside portion of the wheel, cleaning it up before it can be worked by the serrations on the bargeboard.Together, those bargeboard serrations peel the airflow downwards and send it to the turning vanes, which help it move around the sidepod undercut. 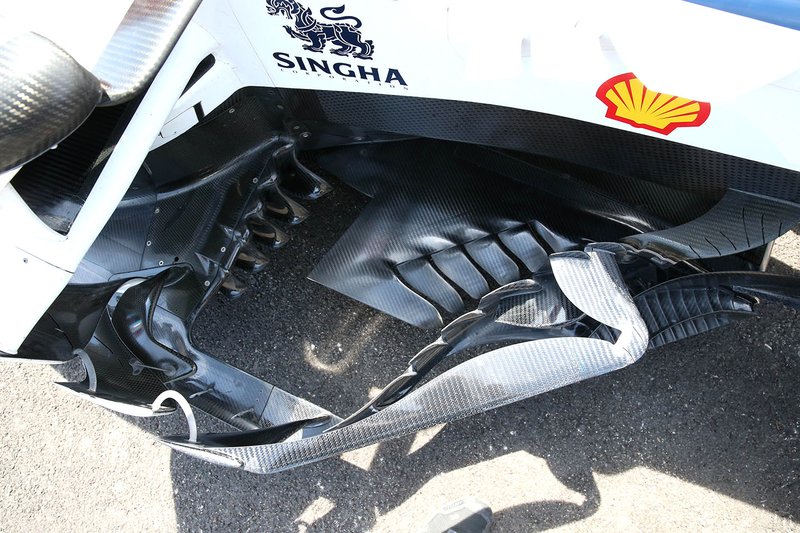