Renault F1 boss Cyril Abiteboul says his team’s first podium in its current guise was an emotional moment – and he hopes that it makes less experienced staff “addicts to success.” 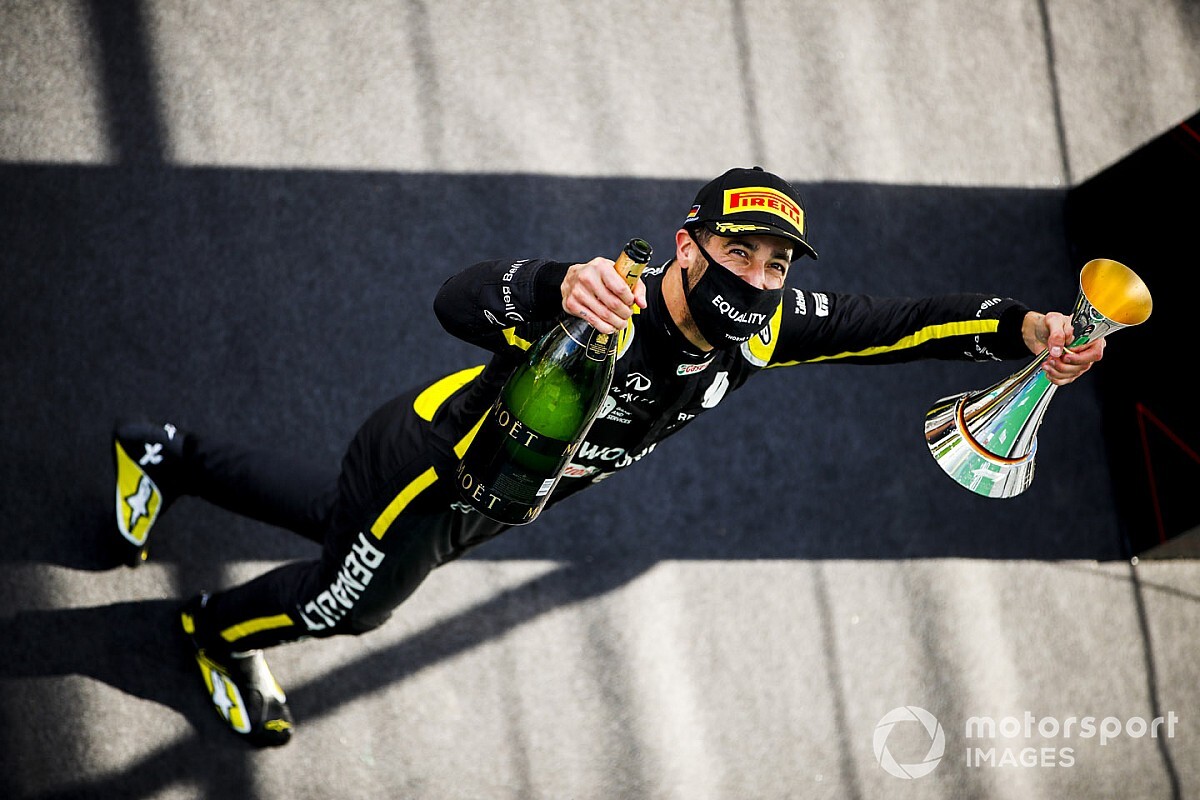 Daniel Ricciardo’s third place in the Eifel GP was the first top three result for the Enstone outfit since Romain Grosjean finished third, under the Lotus name and with Mercedes power, in the 2015 Belgian GP.

The team returned to full works Renault identity the following year, and in five seasons it had not bettered a fourth place finish until last weekend.

“It's clearly a very emotional moment, it's a great feeling,” said Abiteboul. “That podium may not be the end of everything, and the ultimate target of our journey in F1.

“In particular the results that manufacturers want, we want more than that, but there always needs to be a first.

“And that first podium here, that moment with Daniel, at a place like this one, is a great moment.

“And I would just like that we were not in the situation in which we are with social distancing, to celebrate with more people directly, and more physically, being a bit Latin. But it's a great moment, and a great emotion.”

Abiteboul stressed that the result was an important boost for the many team members in both who were not involved when it was last winning races.

“We need to take also the positive emotion,” he said. “You know the amount of work that goes into a programme like this one, and I'm not just talking about me, I'm talking about the 1000 more team members that compose this team. They need a bit of emotion, they need some energy.

“Keep in mind that we grew massively. Most of the people who have joined the team are young people, who have never experienced the emotion of winning, or even being on the podium.

“So we need to take that. And we need to make them addicts to success for them to develop more, to build more success.

“And, yes, right now, we need a bit of circumstance to be on that podium. But the focus will be from Monday onwards first to understand the problems that we've had."

Abiteboul conceded that the team had been fortunate at the Nurburgring in that a call to pit Ricciardo under a virtual safety car period only just worked out after it ended earlier than anticipated.

“I think it's okay, ultimately we got away with it. You could question indeed the move under the virtual safety car, the question was whether it would be long enough to take an advantage to stop on that VSC, and literally I think maybe we missed by one second.

“Maybe there is one second that is questionable, where we could have been able to abort calling Daniel in. But ultimately we managed not to lose out too much.”