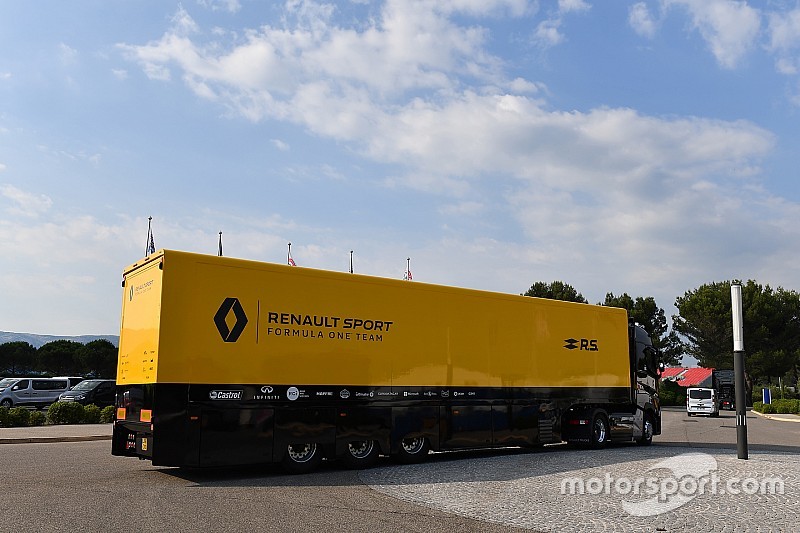 A Renault Formula 1 team truck was involved in an accident in Hungary this morning on its way from Hockenheim to the next race in Budapest.

The driver was taken to hospital, but the team said that he has not suffered serious injuries.

The accident happened on the M1 motorway close to the city of Gyor, around halfway between Vienna and Budapest.

Photographs suggest that the vehicle made contact with the barrier on the central reservation before being pitched across the opposite carriageway into some trees.

It came to rest with the cab down an embankment. Renault declined to comment on whether the vehicle was carrying the race cars or engines.

A team statement said: "We confirm that a Renault F1 Team truck was involved in an accident on the M1 in Hungary, near Gyor.

"The driver, who was driving within the respected regulations, was extracted from the vehicle. He is conscious and has not suffered serious injury.

"He has been transported to hospital in Hungary for further checks. No other vehicles were involved in the incident."