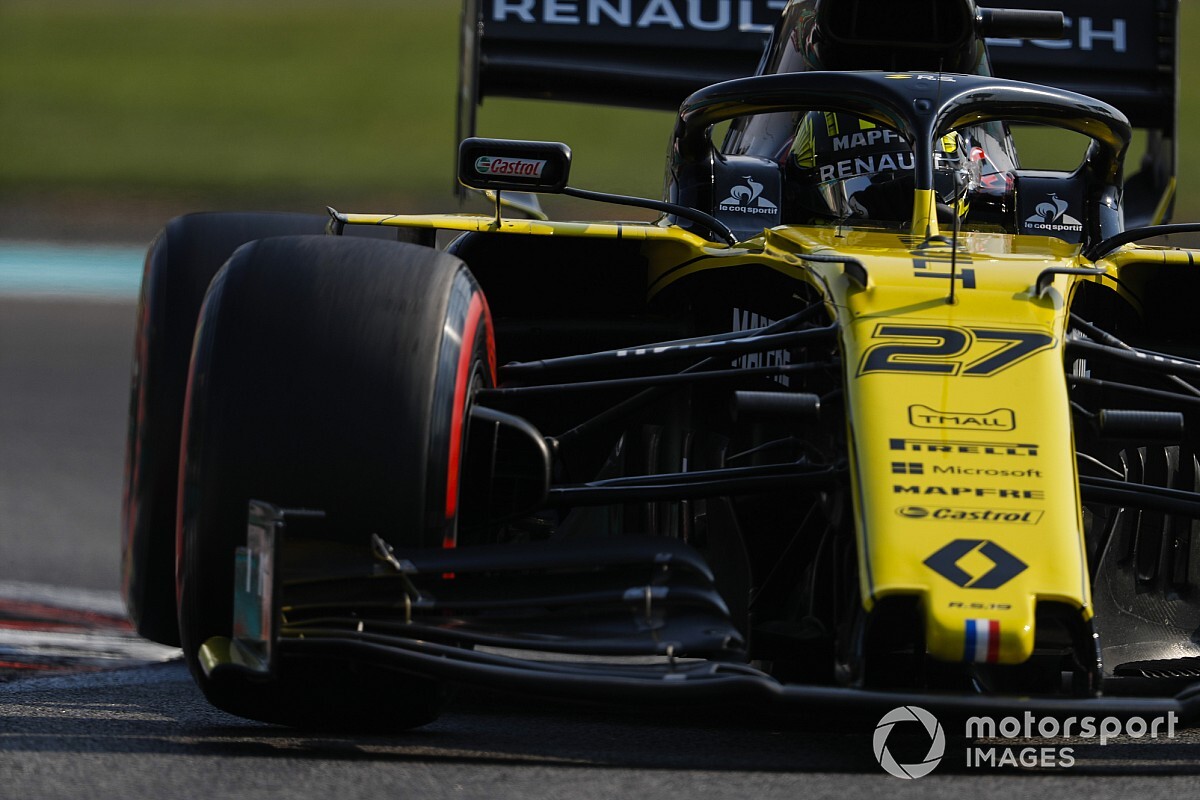 Renault has paid tribute to its "instrumental" Formula 1 driver Nico Hulkenberg ahead of the Abu Dhabi Grand Prix, his final race before being replaced by Esteban Ocon.

Hulkenberg joined the Renault works team in 2017 and played a key role in its rise to sixth in the constructors' championship, then fourth in 2018.

He has performed solidly against big-money signing Daniel Ricciardo this year, and scored 37 points to the seven-time race winner's 54, yet has not been able to find an alternative drive in F1 since Renault opted to drop him in favour of ex-Mercedes protege Ocon.

"We needed a driver who had the experience and maturity to help us take the next step and we couldn't have asked any more of him," said Abiteboul.

"It wasn't an easy decision as he has many strong attributes: he's a great driver, always motivated and looking and pushing for more, which has, in turn, spurred us on.

"We wish him every luck for the future and sincerely thank him for his huge contribution to Renault F1 Team over the past three years."

Mark Slade, Hulkenberg's race engineer through his time with Renault, said the German was responsible for a massive step forward in the team's mentality.

"When Nico joined us for 2017 he took us to another level," said Slade, whose previous roles include engineering Kimi Raikkonen. "Almost overnight we were back on the map and operating like a big team again.

"When you have someone you know can deliver, it's like a form of subconscious motivation. He's smart, efficient and doesn't mess around, although he does have a particularly good sense of humour.

"He's determined to deliver and he's remarkably resilient, probably much more than we are in engineering. We've had some great races together, but the history books won't do justice to them.

"It's been a pleasure to work with him. I would say he's in the top drawer of racing drivers I've worked with in my career.

"He's felt part of the team and really invested in our development and that's been a good feeling."

Renault sporting director Alan Permane praised Hulkenberg, who holds the record for most starts without a podium finish, as a "pretty no-nonsense" driver.

"I can remember one time in Silverstone in 2017 when he had been telling us about a particular handling characteristic," said Permane.

"He wanted to carry more speed into the corners and felt the downforce was dropping off just where he needed it most.

"We developed a new floor to help with this and finally got one in time for the British Grand Prix.

"He didn't say anything for a while on the radio and then finally keyed up. He said, 'I haven't said anything but if you could see my face, you'd see there was a massive smile on it!'.

"It kind of sums him up: when he's got something to say, it's always worth listening."

Leclerc to take "quite a bit of risk" to outscore Verstappen

Russell: Outqualifying Kubica in every GP harder than it looks