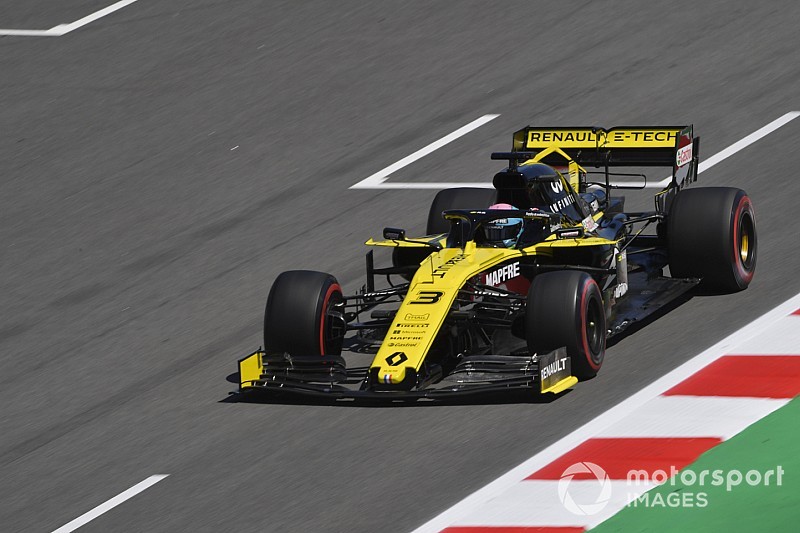 Renault insists it is not open to "renegotiate" it targets for 2019 and beyond, despite its disappointing start to the Formula 1 season.

The French car manufacturer came into this season hoping to pull clear of the midfield battle and close the gap on the sport's top three teams.

But rather than move forward from the fourth place it finished last year, a run of non points-scoring finishes in Azerbaijan and Spain has left it languishing in eighth in the standings at the moment.

While it faces a mammoth effort to turn its campaign around, Renault F1 managing director Cyril Abiteboul says that there is no thought of it revising its ambitions – as he remains convinced it can still deliver.

"We want to come back to the performance level we need to have at this point of our journey – to stick to our target which frankly is absolutely not changing," Abiteboul told Motorsport.com. "We are not renegotiating our target at this point of time."

Renault's car has shown potential at times this year, but early season reliability woes – which included a double DNF in Bahrain – have proved exceptionally costly.

While Abiteboul is aware that delivering to its maximum should yield good results, he thinks the same is true of other midfield teams too.

"It is true that any small deviation can make the change more spectacular than it is in reality, but the target was to be clear ahead of the midfield, and so far we have not delivered.

"So the short term priority is to get back in line with that competitiveness level which, in my opinion, is completely accessible if we do things right and we bring what we are supposed to bring in the next couple of races to the car."

While Renault's eighth position in the standings is below expectation, Abiteboul says there is some encouragement in the fact that fourth placed McLaren is only 10 points ahead – a gap he thinks can be closed down over the remainder of the campaign.

"Frankly that is the only good news," he said about no team currently pulling clear in the midfield. "I think it is extremely open and I think until probably two-thirds of the season it will remain the situation.

"So that will give us the opportunity to regroup, do what we need to do, address the early season issues and P4 in the championship is completely achievable.

"But again that was not the only target this year. The target of this year was to reduce the gap to the top teams, but right now it is not happening and we need to take steps to make sure it happens."

Formula 1 "should continue to test" at Barcelona

Return to Africa a priority for F1 owners