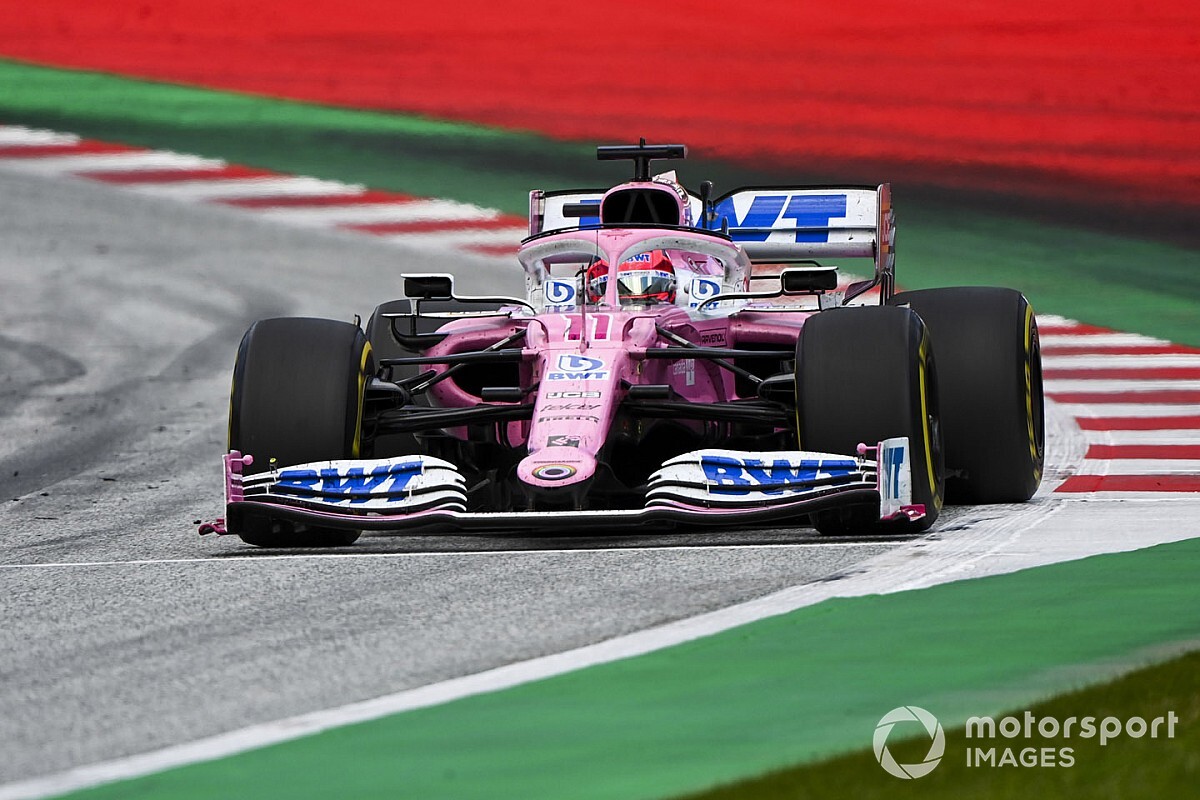 The Racing Point Formula 1 team has called Renault's protest of its brake ducts after the Styrian GP "misconceived and poorly informed", and it has rejected any suggestion of wrongdoing.

Renault submitted a protest against both Racing Point cars after Sunday's race, in which Sergio Perez and Lance Stroll finished just ahead of Daniel Ricciardo.

Renault believes that the front and rear brake ducts of the RP20 originate from a Mercedes design, which would not be allowed under the rules governing listed parts.

The FIA stewards accepted the protest, and the matter will now be investigated. Both teams, along with Mercedes, will be require to provide evidence.

"BWT Racing Point F1 Team is extremely disappointed to see its results in the Styrian Grand Prix questioned by what it considers to be a misconceived and poorly informed protest," said Racing Point in a statement to Motorsport.com.

"Any and all suggestion of wrongdoing is firmly rejected and the team will take all steps necessary to ensure the correct application of the regulations to the facts."

The team stressed that the FIA has been kept fully informed about what it was doing with its 2020 design.

"Prior to the start of the season, the team cooperated with the FIA and satisfactorily addressed all questions regarding the origins of the designs of the RP20.

"The team is confident that the protest will be dismissed once it has presented its response."

With the FIA investigation several weeks away, Racing Point faces a potential difficult situation: If it continues to run its current duct design and then eventually loses the case there a risk that it can lose any results and points achieved in the interim.

Modifying the design, or switching to an alternative such as a 2019 version, will also present some compromises.