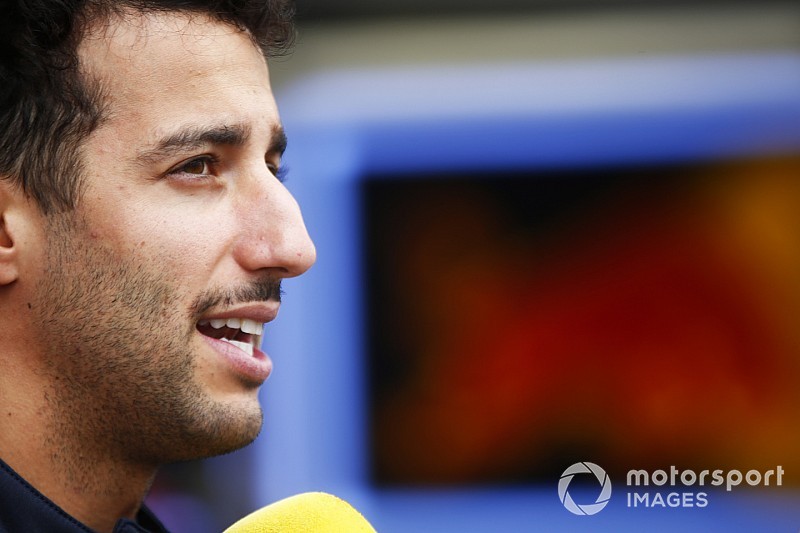 Renault F1 managing director Cyril Abiteboul insists the cost of hiring Daniel Ricciardo for this year is good value for money – even if the team is not expecting to win yet.

Ricciardo has made a shock switch from Red Bull to Renault for 2019, after feeling that the time was right for him to make a career change.

And while some have questioned the Australian's decision on competitive grounds, his deal was sweetened by him taking a major pay hike over what he was expected to get if he had stayed at Red Bull.

With Renault still in the building up phase and not expecting to challenge for wins until 2020 at the earliest, the extra cost of hiring Ricciardo could obviously have been spent on further bolstering its staff or infrastructure.

But Abiteboul is clear that the benefits of having a top-line driver like Ricciardo on board go far beyond just what he is capable of delivering on track.

"There is a considerable financial commitment from Renault," Abiteboul told Motorsport.

"But it is not a question of whether Renault can afford it: it can definitely afford it as our turnover is 40 times the turnover of Red Bull. There is no question mark about that.

"The question mark is about the value. Does it make sense to invest that type of money in a driver at the level of Daniel at this point of our journey, with the car that we have and the other expense that we must do? We believe so.

"There has been some discussion about that. Would we be better off investing in to the car or the drivers?

"I think we have reached a point where we can invest in both reasonably."

Renault is looking to close the gap to the top three, which has comprised Mercedes, Ferrari and Red Bull for the past few seasons.

Abiteboul suggested that Renault was not held to ransom over the terms of the deal to convince Ricciardo, and stressed the outlay would not hit the team in other areas.

"I would also like to say that the commercial arrangement with Daniel is extremely sensible and nowhere near what can exist elsewhere in F1," said Abiteboul.

"It is obviously commensurate to the level of his skills and talent, and what he can bring to the team. But it is not a stupid amount of money.

"So I think it has all been done in a sensible way, and it is not in a way that will be detrimental to the team who can keep on spending on the development of the car and the engine."

What Ferrari must do to beat Mercedes