Ricciardo denies Horner charge of "running from a fight"

Daniel Ricciardo says he was not "running from a fight" with Max Verstappen by leaving Red Bull to join Renault for the 2019 Formula 1 season. 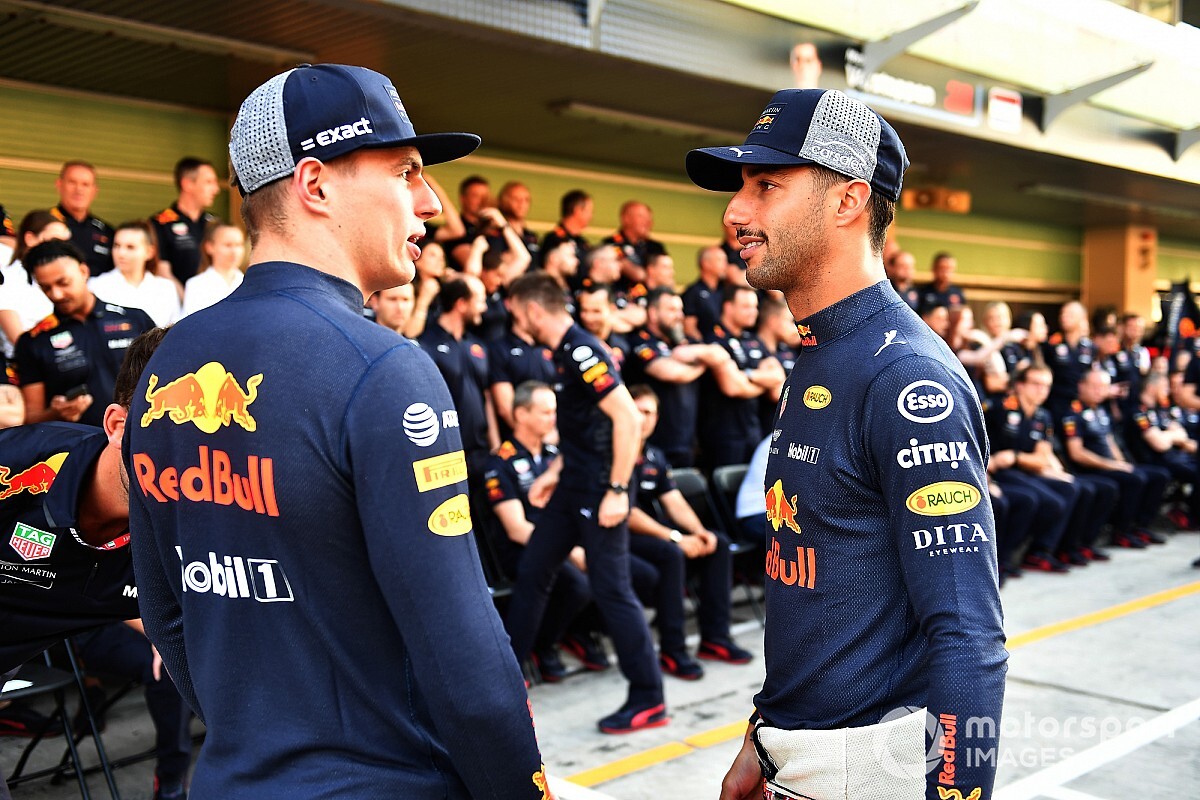 During filming for F1's upcoming Netflix documentary on the 2018 season, Red Bull team boss Christian Horner is said to have questioned whether Ricciardo was "making the right career choice" following the Australian's shock announcement last summer.

According to The Telegraph, in one episode Horner says: "My assumption is that he is running from a fight."

Ricciardo and Verstappen had a positive personal relationship at Red Bull but Ricciardo has admitted the handling of their Azerbaijan Grand Prix crash last year was "one of the little pieces" that led to him deciding to leave the team.

Verstappen went on to establish an on-track advantage over Ricciardo in 2018, although Ricciardo was also hit by an abnormal number of reliability problems.

In an interview with Australian media outlet EFTM, published this week, Ricciardo was asked about Horner's suggestion he was "running from a fight" with Verstappen.

Ricciardo said: "Firstly, and I'm sure he's not the only one who has that opinion, I can see how people might want to think that or say that.

"Everyone has an opinion. That hasn't been pulled out of nowhere. It is what is – I obviously say no, not true. I love a good fight.

"It was more about me than Max. It was about me, a lot of reasons.

"One, I've stated a few times and I think some people will understand it, I was at Red Bull five years.

"They'd won four world titles and I joined straight after that. In five years, looking from that first year, I'm going to win a world title. That's going to happen.

"It didn't and we never really got close. I'm not bitter about it, that's what happened."

Ricciardo's decision to switch teams aligns him with the works outfit of an engine manufacturer that has been behind F1's benchmarks Mercedes and Ferrari for several years.

However, the seven-time grand prix winner has already made it clear he felt the risk of failure was greater had he stuck with Red Bull for its switch to Honda engines.

In his interview with EFTM, Ricciardo reiterated: "My ability to become more frustrated in this environment was too high and I just don't want to be that kind of unhappy, bitter person that's just always 'what could have been', or 'if only I've joined Red Bull in 2013'.

"So, it wasn't about Max. [But] I understand how some people might think that."