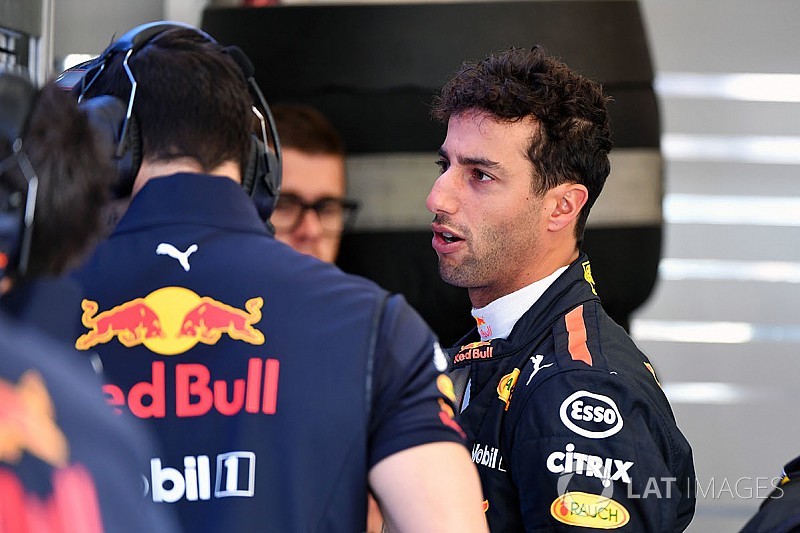 Daniel Ricciardo admits he expected more "awkwardness" when he returned to action with Red Bull at Spa after announcing his intention to join Renault.

Red Bull had expected Ricciardo to sign a new one-year contract in the days after the Hungarian GP, but instead he called team boss Christian Horner to inform him that he was going to Renault in 2019.

Belgium was the first time he had seen most of the race team since then.

"I'm honestly happy to say it was really minimal, minimal awkwardness," Ricciardo said at Monza. "On Thursday for sure I was expecting some level, whether it was from the team or from the media.

"But I thought even like the press conference, it was pretty tame, and not too many people dug too deep, and I thought everyone seemed respectful and understood.

"I had a chance to see Christian at the factory before the weekend, so I kind of addressed some of the guys then, but with the mechanics and everyone, I think they all understood.

"I think the main thing for them was like, it wasn't personal, it wasn't because one of the mechanics pissed me off one day and I was like, 'I'm leaving' or something like that.

"I think they just understood, and a lot of people in Formula 1, whether it's drivers or mechanics, engineers, they will move as some point and switch teams, so a lot of them could in a way relate.

"But yeah it was really, as smooth as I could ask for, and it was quite nice to have that, and I guess just have that level in a way respect, but kind of that level of maturity. It was cool."

Ricciardo insists that he has had no second thoughts on his decision.

"No. And again, it's nothing personal. I mean, I'm aware that at the moment the structure and everything at Red Bull is stronger, but I've certainly switched part of my mindset to a bit more of a longer-term project.

"But no honestly I felt good once I signed it, and I feel I know what I'm getting into. I'm aware of all that, I've thought about it for some time."

Live: Follow Friday practice for the Italian GP as it happens