Daniel Ricciardo still thinks it was "too harsh" that he was punished twice for what happened on the final lap of the French Grand Prix. 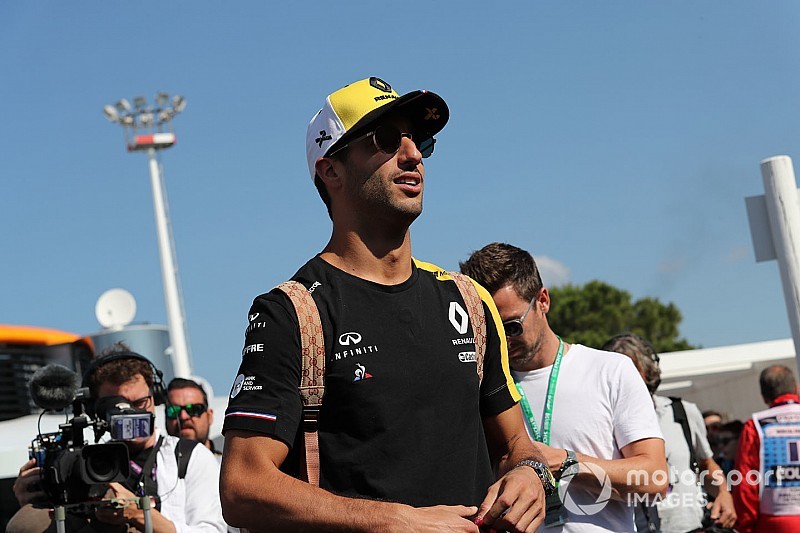 The Australian was dropped out of the points at Paul Ricard after being given two separate five-second penalties for having rejoined the track and forced Lando Norris wide, and then overtaking Kimi Raikkonen while off the circuit.

But while Ricciardo understands why he got penalised for the Raikkonen move, he is baffled as to why stewards treated the moment at the chicane with Norris as a separate incident.

“I certainly feel two [penalties] was harsh,” said the Renault driver. “I get one, and get why they needed to do one because otherwise it is like...he is off track and everyone is going to complain, what are the rules for?

"Whether I feel it enlightened the race or not, I think the one was slightly inevitable if I am really honest.

“But two, I just thought to drop me out of the points I thought it was too harsh. With the one I would have dropped already to 10th, so give me one point for trying!

“I’ve nothing against [Pierre] Gasly at all, but he wasn’t in our battle at all, and he kind of steals the point. I didn’t think that justified it. But it is all good...I got over it pretty quickly.”

Ricciardo reckons that the stewards should have treated the moments with Norris and Raikkonen as the same incident, because they so closely followed each other.

“I know that I was off track so at some point I could not really argue with that. So, I would treat it as one incident and not two separate ones.

“And the Lando one is the one I don’t necessarily agree with because I think, if anything, it kind of slowed us all down and I don’t think I gained an advantage with what I did with Lando.”

Ricciardo also believes that it was the nature of the Paul Ricard circuit, with extensive asphalt run off areas, that triggered him electing to try the move over the white line as he went Raikkonen.

“The track doesn’t help,” he said. “Put gravel there, put something there and it automatically stops us...and it does stop us.

“I still think I would try if there was gravel there, but maybe it does already create the penalty for us, without them being handed out after the race. That is why I am not really a fan of the big open tracks.”

Raikkonen too reckoned that having the option of taking to the asphalt contributed to the incident.

“If he wants to go on the right-hand side he has the space, but the rules that I know say you can obviously go there but something’s going to happen afterwards. So that’s where he went.

“If there is a wall then he wouldn’t go past us, it’s as simple as that. We all know the rules– we think about the rules all the time and try them out, but you make a decision and for sure at some point when he got past he probably thought ‘let’s see what happens’. That’s the result.”

Why F1 must listen to Lewis Hamilton