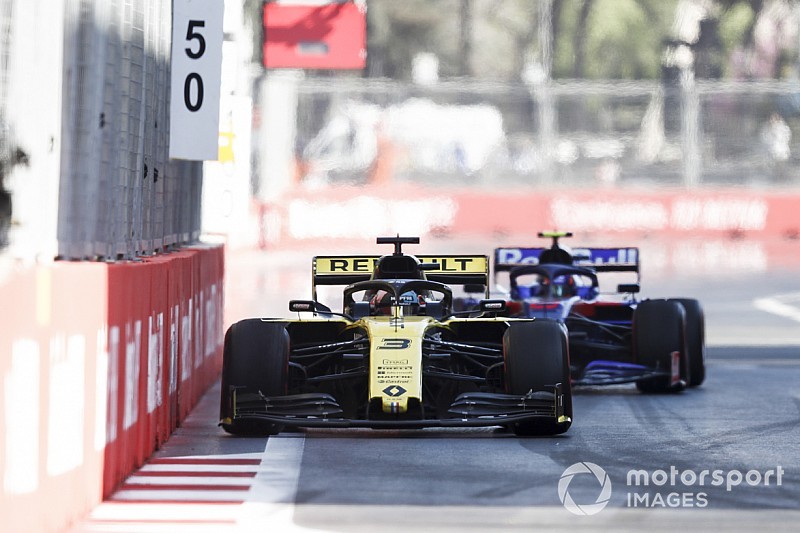 Daniel Ricciardo and Daniil Kvyat have been summoned to the stewards for their bizarre incident in Formula 1's Azerbaijan Grand Prix, when Ricciardo reversed into the Toro Rosso.

Ricciardo attempted to pass Kvyat for 10th place under braking for the Turn 3 left-hander, but misjudged it and ran deep into the corner.

By heading down the escape road, the Renault inadvertently blocked Kvyat, who was trying to make the corner from the outside.

Kvyat had to wait until the Renault had disappeared from his inside from before turning into the left-hander, but had to stop as he ran out of room.

As he tried to engage reverse so he could move back and then continue, Ricciardo moved backwards down the escape road and drove into Kvyat.

The damage incurred forced both drivers to retire and race control communicated that the incident would be investigated after the race.

Ricciardo and Kvyat, plus representatives for their teams, have now been summoned to the stewards at 18:30 local time.