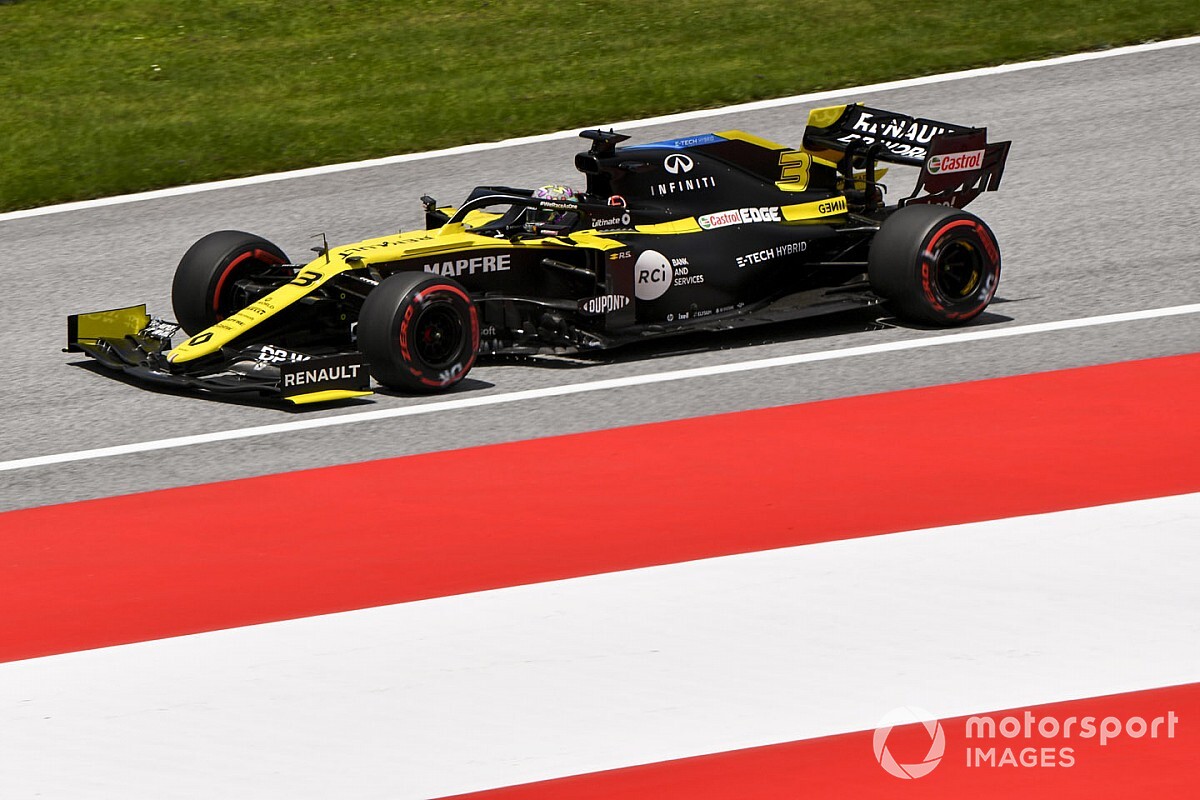 Daniel Ricciardo says he was “not devastated” by an early retirement in Austria last weekend, and is confident that the engine cooling issue that stopped him will be addressed by Renault for the upcoming Styrian GP.

Ricciardo was running in 10th place after 17 laps when he was called into retire, and admitted to some frustration after two safety cars and a high attrition race created opportunities for his fellow midfield runners.

The Australian said the chance to have another go in the second Red Bull Ring event made retirement easier to take.

“Certainly a premature end to the race,” said Ricciardo. “It was early when we had the issue and then seeing the safety cars and everything coming out later in the race, I'm sure we could have been there to grab a nice little bag of points. But it was obviously not to be.

“I think the reason why I'm not completely devastated right now is because we're back in a week and we get another chance at this track, so I'm optimistic that we'll get it right in seven days time.

“It was a cooling issue, so engine temp was rising pretty quickly. So I didn't really feel much, the boys told me to bring the car in and then go to a safe mode before it got worse, so I believe we've saved everything in time. I got a quick call telling me to change the engine mode and come to the pits.

“It was probably going to get interesting after that, once everybody pitted and put the mediums on. But it's okay, we had to save this engine, we've obviously got to do a few races on it.”

Ricciardo believes that the cooling issue is an easy fix: “I'm certainly optimistic, I believe they're pretty close to finding out the source of the issue and from what I understand it's something that can be fixed and managed within the window that we've got up until next weekend.

"I don't know the extent of everyone else's problems today, but it certainly seemed like there was a lot going on.

“Obviously it's been a while since we raced, but maybe the hot temperatures – Mercedes, Red Bull, Haas, a bunch of teams had their problems.

"I thought the first race would be wild and there would be lots of problems, maybe more from drivers than from mechanicals. Maybe next week we'll see a different story."

Ricciardo admitted that any frustration was outweighed by the simple fact of the season finally getting underway.

“Don't get me wrong, I don't want to say I was just happy to be here today, obviously I want to be doing well and get to the finish with points, but just to be back into racing mode felt good.

"I think for all of us to be on the grid and for the lights to go out I think was in a way a relief that we made it here to this point, and we're doing it again.

“I certainly am generally just happy to be doing it again and knowing that we’ll get another chance next week, so that's probably dulling down some of the frustration and disappointment.

"But it's optimism as well looking at next weekend knowing that we'll, fingers crossed, put it all together in qualifying. I really believe we can be a quicker car both in quali and race conditions.”