Ricciardo puzzled by pace deficit to Verstappen in Austria 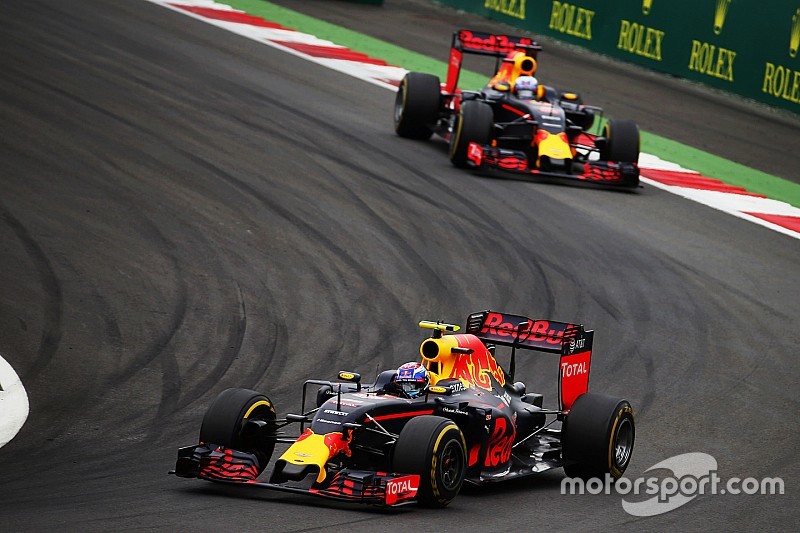 Daniel Ricciardo is at a loss to explain why he couldn't match the pace of teammate Max Verstappen in the Austrian Grand Prix last weekend.

Having comfortably outqualified the Dutchman, Ricciardo was passed by Verstappen early in the race and couldn't keep up during the middle stint.

While Verstappen kept to a one-stop and went on to claim the runner-up spot, Ricciardo could manage only fifth, having made a second 'free' tyre stop when it became clear that he would not lose a position.

“I felt like I did everything I could today, and for whatever reason, we weren't quick,” Ricciardo said. “Now I just want to understand and learn why.

"I don't think there was too much difference with mine and Max's set-up. With the tyres, every time I pushed a bit more, I felt like I was taking life out of them. So it's important to understand why we weren't quick enough.

"Obviously the frustrating part was seeing the others pull away, and not being able to do much.”

Ricciardo was especially confused as to why he was being passed so easily.

“The first few laps were strange. I got passed three times out of Turn 6, and it seemed like we had something going on there with the power mode," he said.

"I don't know. I was in the right mode, but compared to everyone else, we were slow. It's just a short straight before Turn 8.

"I lost positions there, which put us already on the back foot. Even once it settled after the safety car, we weren't going quick.”

The Australian added that he's happy to have a chance to get back in the car so quickly this weekend in the British Grand Prix.

“Obviously I'm glad it's back-to-back," said the Australian. "It's always nice when you can get back into a race next weekend.

"We've got a few days to work out why I wasn't quick. I'm in the factory all week.”

Hamilton and Rosberg to be told Mercedes plan