Daniel Ricciardo says his Renault Formula 1 team “can’t make these mistakes” after a poor strategy call saw the Australian tumble down the order in Monaco.

Ricciardo was left frustrated after pitting under the early safety car, while several of his main rivals ultimately benefitted by staying out and going for long first stints.

From sixth on the grid, Ricciardo had passed Kevin Magnussen at the start to claim an early fifth - only end up in a group of cars being held up by McLaren’s Lando Norris after his pitstop.

He eventually went on to finish 10th on the road, and inherited ninth due to Romain Grosjean's time penalty.

“We just fell into cars that we didn’t need to fall behind,” said Ricciardo. “It was frustrating. I’ll sort it out with the team, obviously we want to do better and we can do better, and we need to start doing better.

“Obviously Lando was going to hold us up, because Carlos [Sainz] was opening up a window. These are things which, I’m driving the car and with everything else going on, I see it so clearly, how can the others not see it? We can’t make these mistakes.

“Around here track position is key, and we had it. All morning we talked about jumping Kevin at the start, and we did it, and the team got me going on the first lap. We were excited, but we just handed it all back.

“I saw Kevin after the race, and he was filthy as well. We both got hard done by. Look, I can’t whine, I’ve got to be constructive about it, and just know what we can do better.”

Teammate Nico Hulkenberg was 11th at the end of the first lap, and he too fell down the order when he was obliged to stop just before the safety car came out after picking up a puncture when he was hit by Charles Leclerc.

Later he lost more time when he was one of the drivers delayed at Rascasse when Antonio Giovinazzi and Robert Kubica tangled.

“It went wrong where it could, basically,” Hulkenberg told Motorsport.com. “Quite frustrating because I feel from a car pace point of view we should be much more well ahead but frustrating not to get it done if the car can do it.

"I think the racing circumstances prevented that and we need to find new, fresh traction for Canada.” 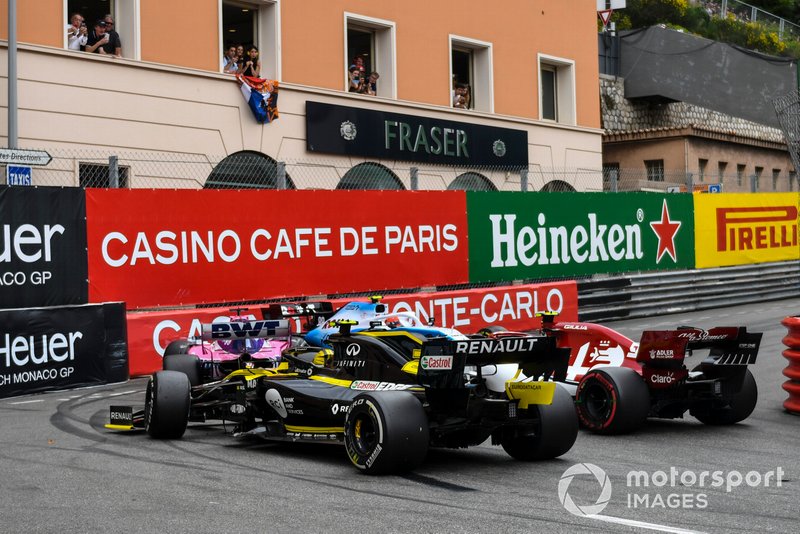 Verstappen: Monaco penalty "fired me up" to attack Hamilton