With Sainz moving up to Ferrari and Ricciardo taking the Spaniard’s place at McLaren, it has left one free seat with Renault as one of the most talked-about seats on the grid for next year.

But which drivers are in contention to join the French manufacturer for 2021? And what impact will it have on the remainder of the driver market? 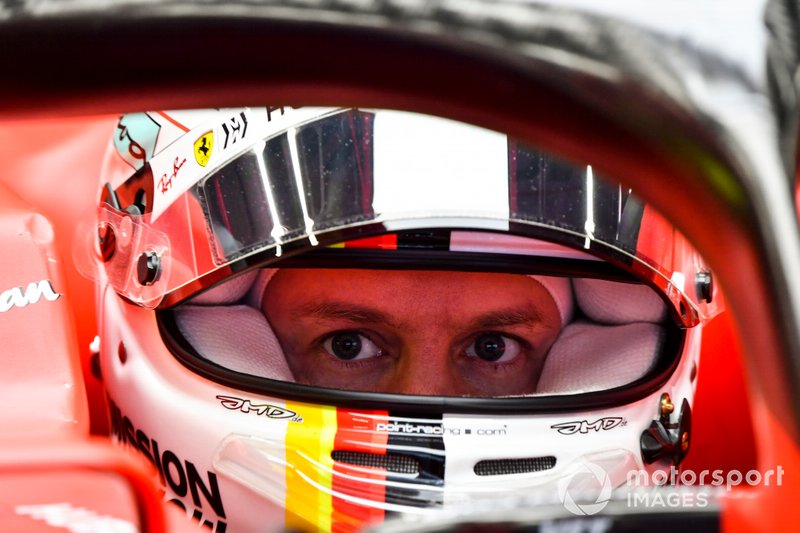 Four-time world champion Vettel is yet to speak since confirming his exit from Ferrari earlier this month, giving little insight into what his next move may be.

At the age of 32, Vettel still has plenty of racing years left in him - but has been linked with a possible retirement if he is unable to land a front-running seat.

With Mercedes unlikely to consider creating a powerhouse yet potentially problematic pairing with Lewis Hamilton, Vettel’s best bet would appear to be a move to Renault.

While losing Ricciardo to customer team McLaren hardly reflected well on Renault, the team has been investing heavily in its F1 project with the aim of fighting for race wins and podiums again under the new regulations that will arrive in 2022.

It would undoubtedly be a step down into the midfield for Vettel, who has been ever-present at the front of the grid for more than a decade. But Renault is the best realistic option on the table for him right now.

A move to Enstone would act as more of a long-term project for Vettel, playing a part in the rebuild of Renault’s F1 project. He would be the star name it craves, and act as a decent tutor to Esteban Ocon. It is also one of the few teams that could realistically afford the wages a four-time world champion can demand.

Both Vettel and Renault were crestfallen after 2019. A partnership from 2021 could see them try and rebuild their reputations together. 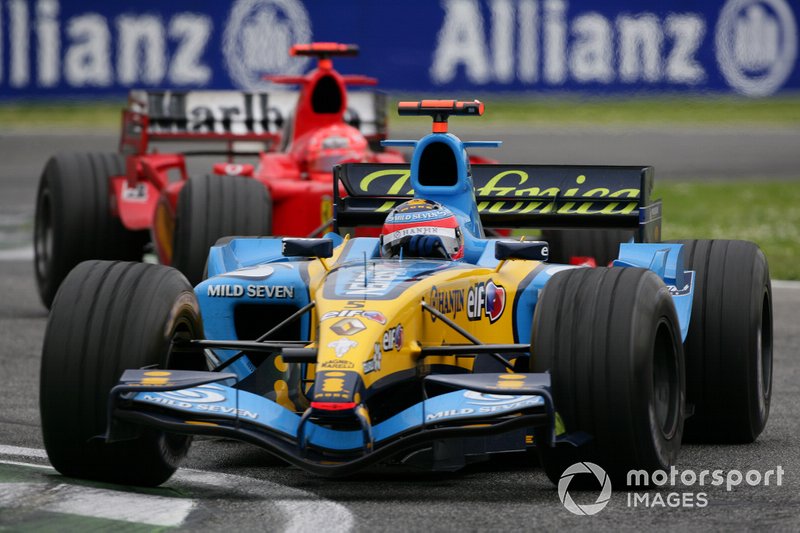 The most-talked about name in relation to the Renault seat has been two-time world champion and current F1 outcast Fernando Alonso.

Alonso won both his F1 titles with Renault back in 2005 and 2006 during a four-season stint on the grid for the team, and returned for 2008 and 2009 after an ill-fated year with McLaren.

Alonso has always said he would be open to an F1 return under the new regulations, having walked away at the end of 2018 due to his disenchantment with the sport after four tough years back at McLaren.

A third Renault stint would surely be Alonso’s final hurrah in F1 as he nears his forties, but it would also give him the chance to add to his legacy if he can help return the team to the front of the grid.

He has the star power Renault will want in its line-up, and unquestionably stands as one of the fastest racing drivers in the world. But after dramatic exits from McLaren (twice) and Ferrari in the past, there will be some question marks over how harmonious a team with Alonso may be.

Alonso would also have to sit through a difficult 2021 following the delay in the regulations, something he previously said was a shame to see given F1’s need for change.

It would be a huge story to see Alonso back on the grid with the team he helped turn from midfield runners to F1 champions in the early 2000s. Quite whether that kind of romanticism will be enough to lure him back remains to be seen. 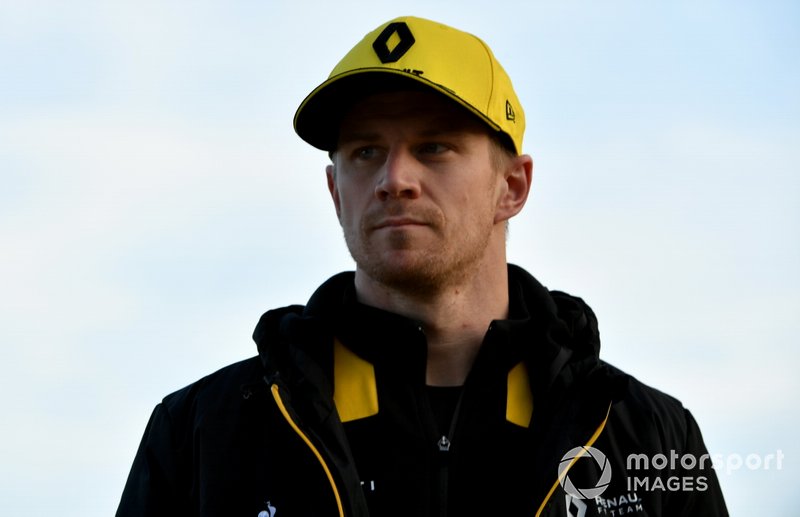 Another driver linked with a second stint at Renault is Nico Hulkenberg, who left the team at the end of last year after three seasons at Enstone.

Hulkenberg was dropped in favour of signing the younger Ocon, but the German stressed he was not ruling out a return to F1 in the future.

Hulkenberg recently said he was only interested in a comeback that would allow him to be competitive and not simply make up the numbers, with the promise of the Renault project surely ticking that box.

There may be some patching-up required following his departure, but if it would give Hulkenberg the opportunity to fight at the head of the midfield and aim for his long-awaited first podium, he would surely jump at the opportunity.

If neither Vettel or Alonso can be tempted, then Renault would be hard-pressed to find a faster driver on the market than Hulkenberg for 2021. 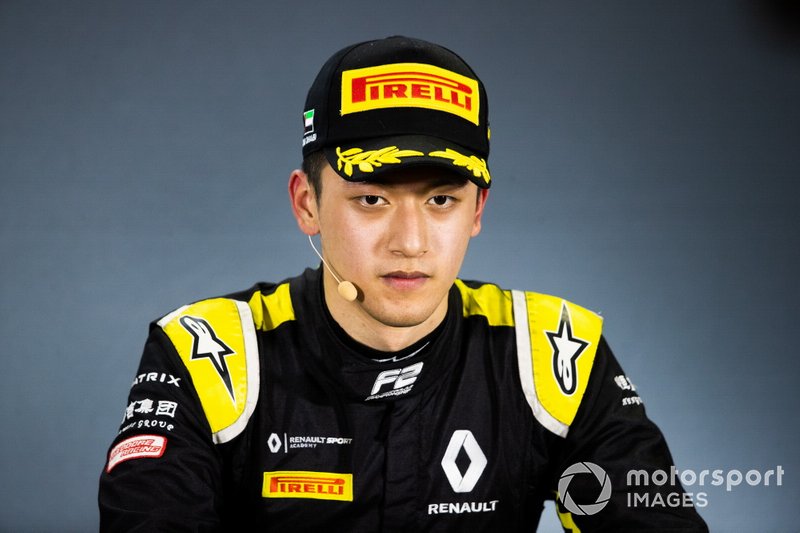 Even before Ricciardo’s exit from Renault was confirmed, team principal Cyril Abiteboul had been talking up the possibility of a junior prospect getting a place on the grid for 2021.

China’s Guanyu Zhou is currently the leading member of the Renault Sport Academy, having previously been part of Ferrari’s young driver programme.

Zhou impressed in his move up from F3 to F2 in 2019, scoring five podium finishes and one pole position with UNI-Virtuosi en route to seventh place in the championship.

Once the 2020 campaign gets underway, Zhou will be one of the favourites to fight for the title after remaining with the Virtuosi squad, but needs only a top-four finish to gain the super licence points required to race in F1.

It would be a real show of faith from Renault in its young drivers, as well as ticking a big marketing box, with China being a key market the manufacturer wishes to expand in.

Such a move would also come as a huge boost for Ocon, who even at 24 could enter 2021 as Renault’s team leader - a role he may require if he is to stay with the team beyond the end of next year.

Zhou would tick a lot of boxes for Renault, but would have to get the required points first, meaning it would be a long wait before any confirmation. 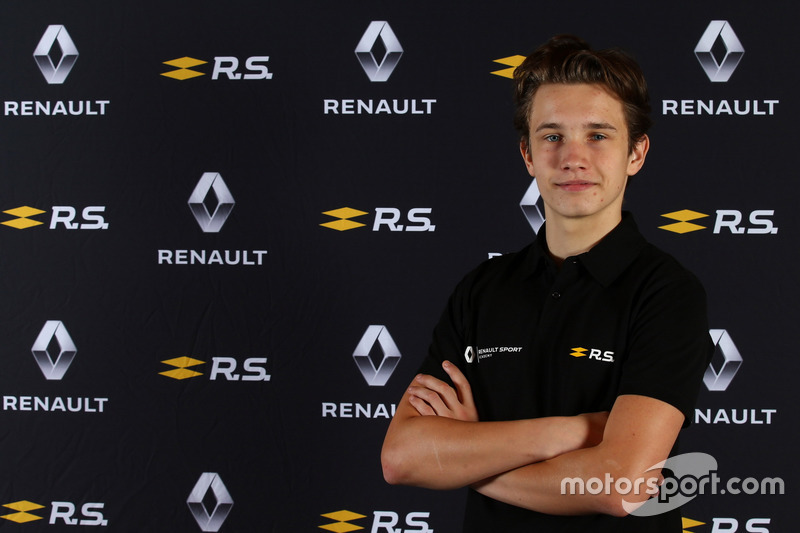 Another member of the Renault Sport Academy that may look to stake a claim to the seat is 18-year-old Christian Lundgaard.

Lundgaard may have only raced single-seaters for the first time a little over three years ago, but he has impressed at every turn, winning two F4 titles and finishing sixth in last year’s FIA F3 championship.

Renault worked to secure Lundgaard a place in F2 for 2020 after a two-race appearance in Abu Dhabi at the end of last year, landing a drive with front-runners ART Grand Prix.

Lundgaard would undoubtedly be the biggest long-shot of Renault’s options given his inexperience, but he is highly-rated by the team’s bosses.

Again, it would require a top-four finish in F2 this year to get enough super licence points, but an impressive rookie season could yet see him come into its considerations for the future.

When will Renault choose Ricciardo’s replacement?

As quickly as the driver market may have moved in the days following Vettel’s Ferrari exit, it is unlikely Renault will be taking a final decision any time soon.

Speaking to Motorsport.com as part of the #thinkingforward series, Renault F1 chief Abiteboul confirmed it would not make a call until the 2020 season had begun.

“Our position is more a position about taking the time to be properly informed, to make sure that we make the right decision,” Abiteboul said.

“The next decision on drivers will be an important one and most probably the driver who will join us for 2021 will stay for 2022.

"[Plus] we will know that if our sporting road map has been changed due to the shift to the regulations, our ambitions have not changed and we need to make sure to have the right drivers.

"We want to take the time to make sure we make the right decision.”

"It could be a lot of drivers," Abiteboul told RMC radio. "There are some great drivers that will be available next year, [Alonso] is an option. There are other options.

"The only thing I can tell you is that we're going to take some time to think about it, it's an extremely important decision. We didn't want to get into the kind of activism that we saw from Ferrari and McLaren because of their reasons.

"Frankly, deciding on a driver when the season hasn't even started, we thought it was a bit strange. In a way, we kind of pulled back from that movement, knowing that there would be options."