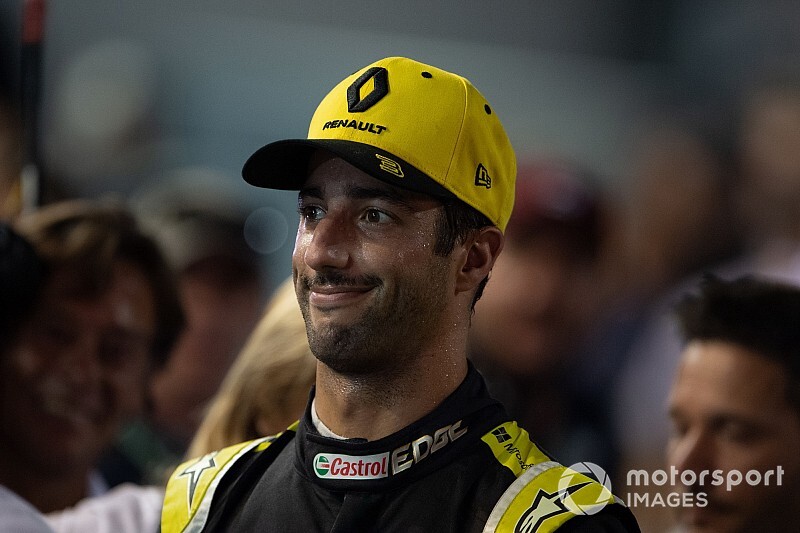 Renault's Daniel Ricciardo risks being thrown out of qualifying for the Singapore Grand Prix after his car was found to be in breach of the technical regulations.

The Australian had qualified eighth at the Marina Bay circuit, as his Enstone-based outfit hopes to continue a run of form that has helped it close in on rivals McLaren in the constructors' championship.

But a post-qualifying inspection of his car by the FIA has found that the MGU-K on his car delivered more electrical energy than is allowed under the regulations.

A note from F1 technical delegate Joe Bauer said: "During qualifying session 1, car number 03, driver Daniel Ricciardo, exceeded the MGU-K power limit of 120 kW, which is in breach of Article 5.2.2 and the Energy Flow Diagram shown in Appendix 3 of the 2019 Formula One Technical Regulations."

Should the stewards confirm that the car was in breach of the rules, then the consequences could include him being excluded from qualifying.

If that happens then Renault would likely request for him to be able to start the race from the back of the grid.