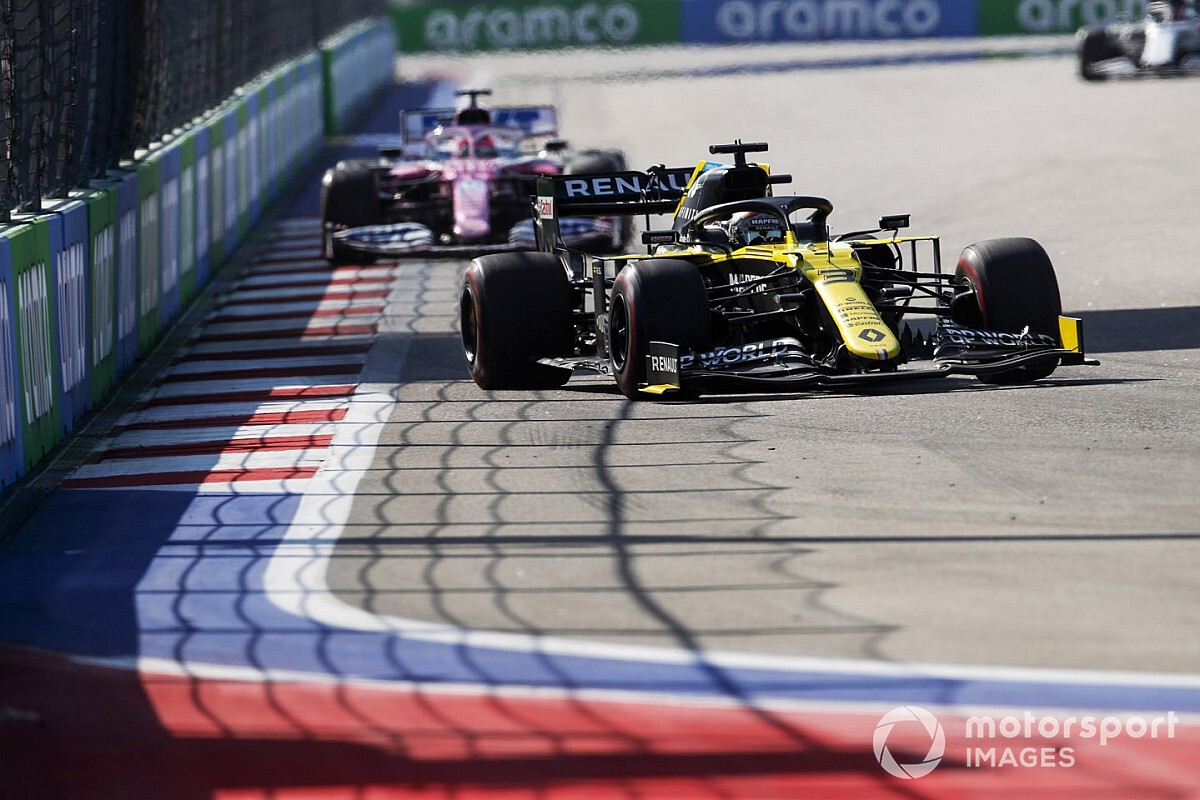 Renault Formula 1 driver Daniel Ricciardo says a five-second penalty he received in the Russian GP "lit a fire under my bum" and inspired him to compensate for it.

Ricciardo ran wide at Sochi's Turn 2 when passing teammate Esteban Ocon, and subsequently received the standard penalty from the FIA stewards for not taking the designated route behind the polystyrene blocks.

When told of the penalty by his race engineer Karel Loos he apologised and said "my bad," promising that he would drive faster to make up for it.

The Australian eventually finished fifth on the road, and he was far enough ahead of pursuer Charles Leclerc that the time penalty made no difference.

The result followed a strong recent run that saw him take fourth, sixth and fourth in the previous three races.

"I would say the outcome was a good one," said Ricciardo. "But there were certainly some speed bumps along the way, literally!

"So I earned myself a five second penalty by going wide at Turn Two, and then I had to make up that time. But we did in the end. I think we were the fifth best today, and we got it. I made a little extra work for myself, but it was okay.

"The start was great again, off the line the car's been a rocket, the last few starts. So lots of positives. Some imperfections at times from me, but I think I cleaned myself up OK."

Asked about his positive reply on the radio to the news of the penalty, Ricciardo said he had feared it was coming.

"I took full responsibility for it," he said. "I just locked up and went wide, and I was like, I'm probably going to get a penalty here.

"So when Karel told me I think I'd already accepted it in my head. And I was like the only way to eliminate the penalty is to go faster, and build a gap to Leclerc behind me.

"So it was actually quite good in hindsight, it lit a bit of a fire under my bum, and I just got on with it. I think that was cool. I was, I guess, proud to not let it get to me. And I think we made a really good race of it after that."