Daniel Ricciardo says that he stopped caring about his Formula 1 statistics in comparison to Red Bull teammate Max Verstappen, in a season plagued with reliability issues.

Ricciardo, who will move to Renault in 2019, scored two wins early on in the season, in China and Monaco respectively but the rest of his season was marred by misfortune and he finished a distant sixth in the championship standings.

By comparison, Verstappen recovered from a tough start to the year to enjoy his strongest F1 campaign to date, finishing fourth in the championship, winning in Austria and Mexico and claiming 11 podiums overall.

Ricciardo admitted that watching his teammate gain momentum was initially a source of frustration, but that his coping mechanism was to stop comparing statistics between the two.

"I think I got to a point, probably around the mid-season break, where I just didn't care about the stats anymore," Ricciardo told Motorsport.com.

"I knew I was probably going to get done in qualifying this year, who cares? I may end up with fewer points, who cares?

"I just want to do what I can and if it works, it works and if it doesn't life goes on. Of course, I did care, but it was just that I didn't want to put it on a pedestal.

"I already had so many other things on my mind. I didn't need to fill it with more expectations.

"If I did the best job I could: maybe I could beat him but if not, so be it and I'll live to fight another day."

Ricciardo failed to score a podium after his Monaco victory and suffered five retirements in the 15 races that followed, with other grands prix impacted by reliability problems triggering grid penalties.

However, Ricciardo maintains that even his period of early-season success, which included the Azerbaijan crash with Verstappen, was far from perfect.

"When you think about it, I won two out of six, but with the other four actually, there was always some drama," he said.

"In Melbourne, I had a penalty before the season even began, so I was already ready to put my fricking elbow through a wall.

"In Bahrain, my race was over after a lap. In China, I win in kind of a spectacular fashion.

"Then there's Baku, and we all know what happened in Baku. In Barcelona, I spun behind the safety car and then in Monaco I won.

"As good as the first six races were, it kind of shaped the whole year really and that craziness has continued." 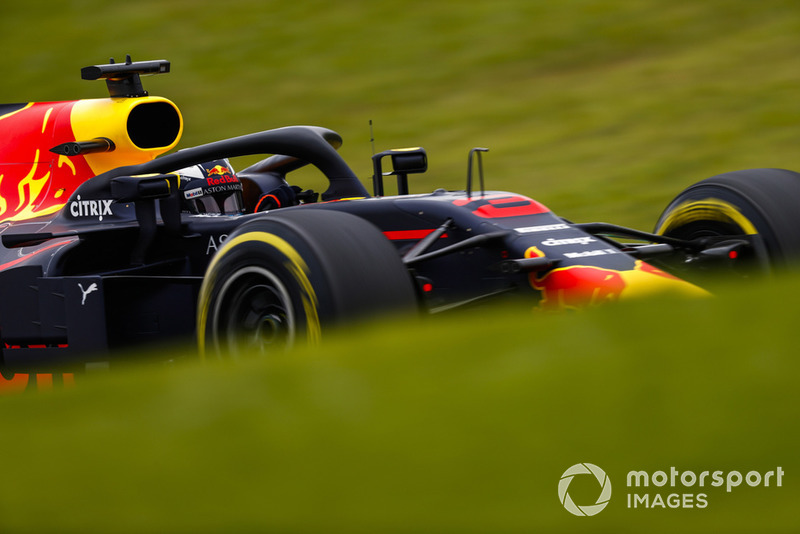