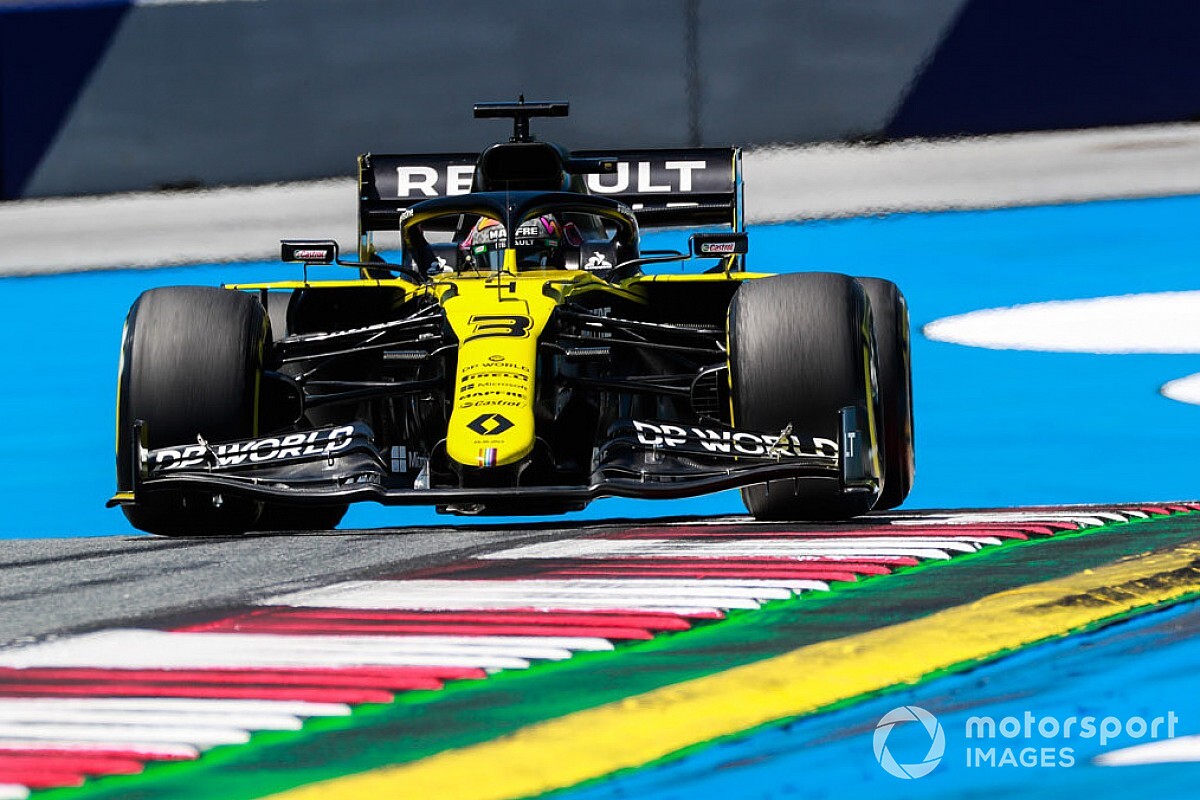 Daniel Ricciardo has revealed that he hit his knee on the Renault steering column in his high speed practice crash in Friday practice for the Styrian Grand Prix.

The Renault driver lost the rear end of his Renault as he went through Turn 9 at the Red Bull Ring, and spun around to hit the barriers backwards.

The Australian was able to get out of the car by himself and, after being taken to the medical centre, he was given the all clear by doctors. However, he did suffer a bruised knee.

"I hit my knee on the steering column when I came in, so just a bit bruised," he explained. "But they checked it, [and it is] literally just some bruising. All is good. I am fine but the car was pretty beat up."

Ricciardo explained that Renault's data showed nothing had broken on the car, and suspicions pointed to a gust of wind affecting him as he pushed through the right handers.

"I was trying to understand what went wrong," he said. "It is one of those that goes so quickly, but yeah, just one of those ones.

"I turned in and just as I turned, there has been a bit of a tailwind we saw that maybe helped me a little bit with losing the rear.

"Nothing with the car broke so it was obviously just on me. But yeah, fortunately I don't do those things too often but today I did, so sorry guys."

Although Ricciardo's car was badly damaged in the crash, Renault has no doubts that it can be fixed overnight so he can resume running on Saturday.

While Ricciardo's day ended in disappointment, teammate Esteban Ocon was encouraged as he ended up 10th overall in second practice – which could decide the grid if qualifying cannot take place because of bad weather.

"It's been a great day in terms of learning on our side," said the Frenchman. "Our day ran smoothly, and we completed the planned programme, which was good.

"There are a few little things to improve, but there are also some good areas and good points where we know we're strong. It's definitely been a useful day and we want more tomorrow."