Daniel Ricciardo says he was losing two seconds per lap in the first half of Formula 1's Qatar Grand Prix due to a system error that warned him to save fuel from the start.

McLaren driver Ricciardo had qualified a disappointing 14th on Saturday and any chance of recovering was compromised by his team telling him to be very conservative during the first half of the event.

Later in the race he was given the go-ahead to run flat out again, but he had already dropped out contention and he finished out of the points in 12th place.

"After the start we had fuel saving from super early in the race," Ricciardo said. "And I started doing what I thought was already a lot, and it was not enough.

"To a point where I think at times we were losing probably two seconds a lap fuel saving.

"And with that, brakes get cold, tyres get cold, and you lose grip as well, so it's just kind of a downward spiral.

"So we were fuel saving for I would say a good half of the race and that just took us way, way out.

"It's the most I've had to save and the earliest in the race I've ever had to save. I was coasting at every corner and it was never enough.

"And then I don't know what happened with obviously the system, or they got another reading, but then Tom was like: 'Alright, no more, just push'.

"It's clearly a system error today and it's a shame because when I could push, I felt the reference time I got at the time I was able to get.

"But we were I guess at the mercy of an error today with the reading." 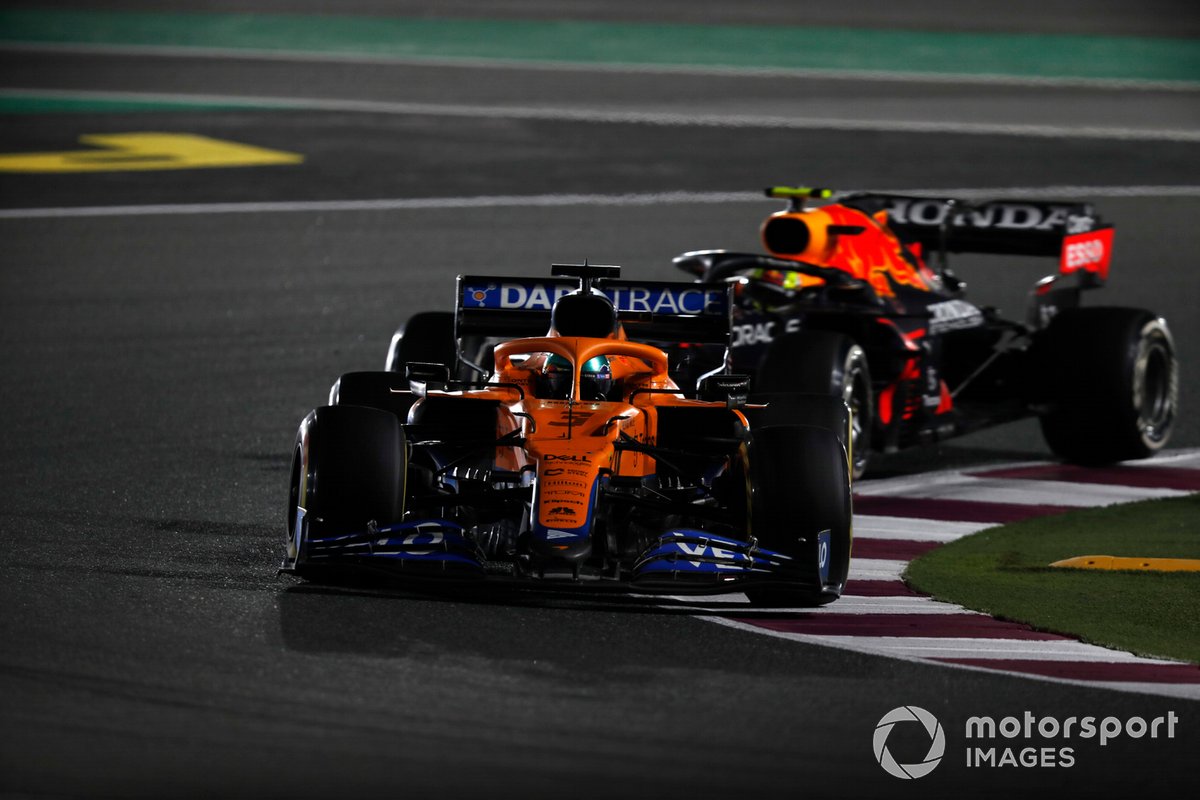 Ricciardo's life was already made harder at the start when he lost a couple of places after struggling to find a braking reference point for the first corner.

"The actual launch wasn't bad, but there was Charles [Leclerc] and [Lance] Stroll and I think I was kind of in the middle and I basically couldn't see Turn 1.

"Obviously when you are towards the back it's quite hard to see that far through the pack, so then you kind of look for the braking markers, just to get a reference on when to brake.

"And I just couldn't see them. So I kind of stayed in until as long as I could and then I lifted.

"I ultimately just lifted way too early and then a lot of people I think on the outside had a clear run and went so.

"I guess I was just not in a great position. But, yeah, I don't really know what I could have done more in that split second but of course I'll have a look."

He added: "I'm going to look at the bright side and say I'm glad it didn't happen in call it a podium position, because that would have been the most painful thing ever, but if definitely took us out of a chance for points."