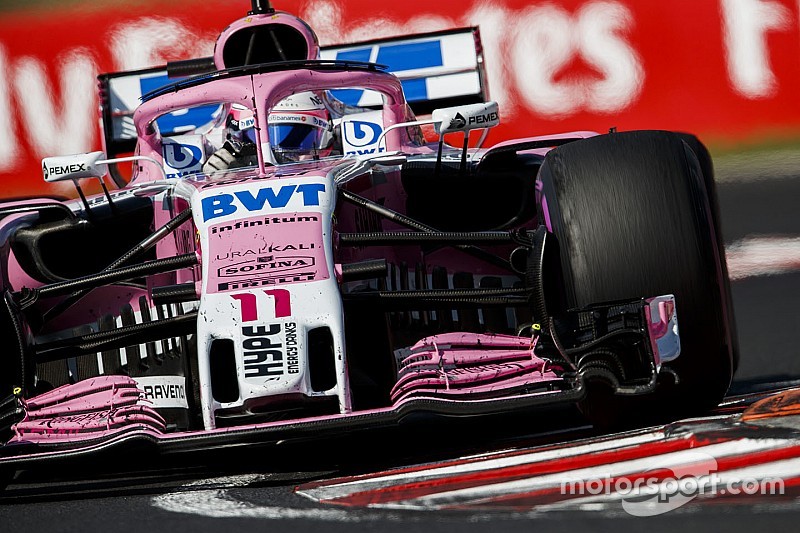 A British energy drink company that was rejected by Force India earlier this year still claims it can buy the Formula 1 team that was placed in administration last week.

The company, Rich Energy, has claimed to be negotiating with Force India throughout 2018 but has been repeatedly knocked back.

Its latest attempt was a £30million sponsorship tabled as Force India faced an administration hearing last Friday that was dismissed because it was not deemed an offer that would help the team.

The proposed pair of £15m instalments were considered insubstantial by the judge given the weight of the team’s debt and it was considered better to place Force India into administration.

Its engine supplier Mercedes and title sponsor BWT supported an administration push that was brought by Force India driver Sergio Perez, as all parties believe administration was the only way to put it into a position to find a suitable buyer.

However, William Storey of Rich Energy told Motorsport TV's Peter Windsor it was a “Machiavellian” game.

He said his consortium, which he claims is backed by “four sterling billionaires” reported to include West Ham United Football Club owners David Sullivan and David Gold, had a contract to buy the team in May but was held back by lawyers on the team’s side.

Despite the overwhelming support for Force India entering administration, Storey claims it was a “wholly avoidable and tragic outcome”.

Storey would not “specifically outline what our plans are” but said Rich Energy would “be in Formula 1 sooner or later”.

“We’ve got the money to do so, the business model and the reasons to do it,” he said.

“Having spent six months working on Force India we’re not going to relinquish that overnight.”

While Storey claims that his group is “more than capable of buying the team and are certainly ready to do so”, there are believed to be four serious parties also interested in Force India.

The administrator, FRP Advisory LLP, now has control of the sale instead of team owner Vijay Mallya.

Another ‘racing dad’ who has been linked is Russian billionaire Dmitry Mazepin, the father of GP3 race winner and Force India development driver Nikita.

Rich Energy needs to convince to administrators, and creditors like Mercedes, that it is more credible than these well-established competitors.

Storey said his company, which is only a few years old, should be taken seriously because even though it only has modest financial figures itself there is significant liquidity behind it.

“There’s an awful lot of senior people in the sport who have seen our money,” he said.

Can Liberty save Force India from F1’s civil war?