Rich Energy to decide on Haas deal before Singapore 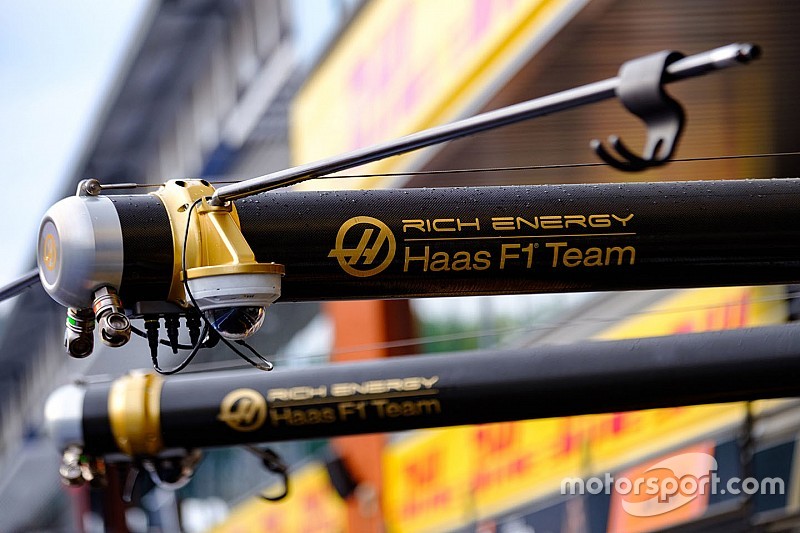 Haas team boss Gunther Steiner says a final decision on the future of its title sponsorship deal with Rich Energy will be made before the Singapore Grand Prix.

Although the energy drinks company announced on the eve of the British GP that it had terminated its contract with Haas, the situation remained unclear amid a boardroom battle between major shareholders for control.

Steiner met with Rich Energy representatives in London on Wednesday, and he says that he is now awaiting a final decision for them about whether it wants to continue with its deal.

“It [the situation] has calmed down and now we see where we go from here,” said Steiner, when asked by Motorsport.com about the latest on Rich Energy’s future with the team.

“First we need to be calm and make a rational decision, and then it will be decided. At the moment they [the logos] are on here, as you can see, so they need to decide where they want to go not us.

"It is their decision, and then our one will follow. That should happen in the next week or so, and this time it will happen properly.”

Steiner said that with the next race in Monza only a week away, it was most likely that a decision from Rich Energy will be made ahead of next month’s Singapore Grand Prix.

He was also clear that the final decision was entirely Rich Energy’s – and he could not predict what the outcome would be.

“I don’t want to go into the contract it is more for them to decide where they are at with their company and if it makes sense for them or not to continue or not,” he said.

“I am not involved – so I cannot comment and I wouldn’t be qualified to comment. I’ve got enough on my plate, I don’t need anybody else’s problems.

"So we agreed that once they are ready to decide where they want to go, the investors, they tell us what they want to do with us and I am fine with it.