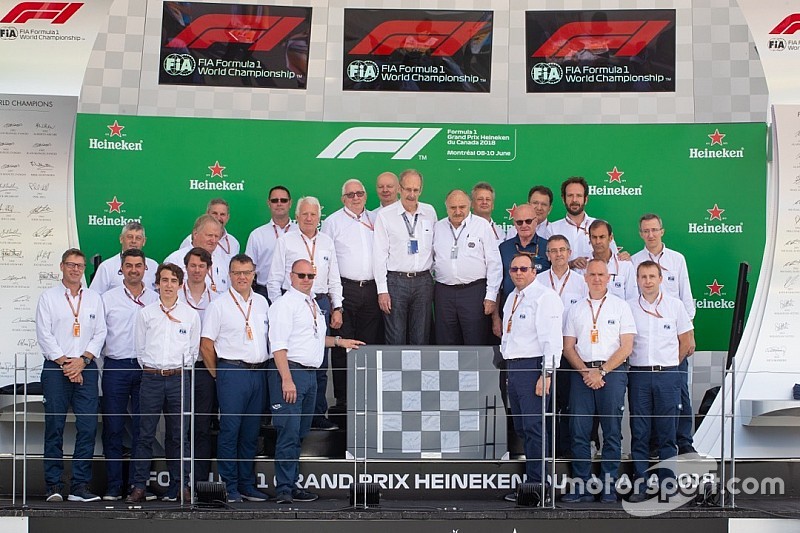 ASN Canada President Roger Peart recently took the decision to step down from his role as a Formula 1 race steward after 38 years of service.

While in school to become an engineer in the UK, Roger Peart’s involvement with motorsport began in 1949 when he worked as a racing mechanic. Moving to Canada, Peart began his own racing career as a rally driver, before he switched to road racing, driving a variety of cars from Mini Coopers to Porsche 911 and Formula Fords.

In 1967, Peart became involved with the organizational end of the sport, acting as Chief Timekeeper, Chief Steward, Chief Scrutineer, Clerk of the Cource and Race Director at events across Canada. This would prove to be Peart’s primary role within the sport moving forward.

His role in motor sport organisation led to him becoming President of the Québec motor sport sanctioning body. He was also a founding member of the Vintage Automobile Racing Association of Canada.

In 1978, Roger Peart - a trained civil engineer - designed the Circuit Gilles Villeneuve in Montréal, which remains home to the Canadian Grand Prix. As Clerk of the Course and Race Director for the first 10 years that the Canadian GP has been held in Montreal, Peart continued to be the National Steward at the Canadian round of the Formula 1 World Championship.

As the President of ASN Canada, the country’s FIA-appointed national sporting authority, he became a member of the FIA’s Circuit and in 1991 became the Commission’s President, spending two decades travelling the world to inspect circuits for the FIA.

Norris says year away from McLaren is an option