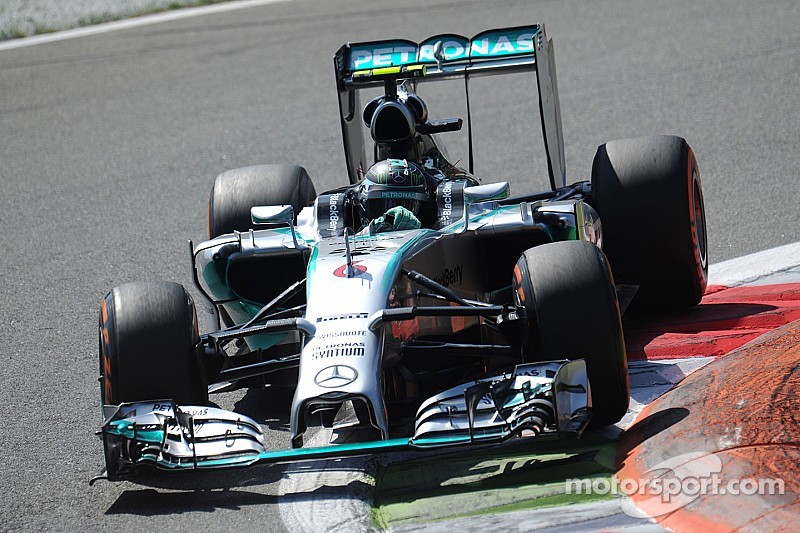 As the conspiracy theorists circle over Nico Rosberg, a more credible theory has been put forward by the German newsmagazine Focus - pressure.

After Monza - still amid the heat of the championship leader's clash with Lewis Hamilton at Spa - many fans, pundits and rivals suspected Rosberg made deliberate 'mistakes' last Sunday to gift his teammate the Italian Grand Prix win.

"They accused Nico publicly and left the public to devour him," he is quoted by Focus. "No wonder he was not at his best in Monza."

Indeed, on the podium after Monza, and for the second race running, Rosberg was loudly booed by the fans standing below him.

"I hope that with time they forgive and forget. I have apologised, I can't really do anything more than that," Rosberg said.

He admitted to Germany's Sport Bild that what transpired at Spa, and in the intervening days as Mercedes bosses internally punished him, had been on his mind as he entered the Monza weekend.

"Of course, the responsibility was fresh in my mind," said Rosberg, recalling his now controversial 'mistakes' that allowed Hamilton to win on Sunday.

"So I was probably more aware than usual," he added, referring then to his preparation for the impending duel with Hamilton during the race.

Even Mercedes' team chief Toto Wolff now acknowledges: "Perhaps the pressure on Nico was too big, but I am sure that he will fight back, just as he has always done."