Rosberg will work with Hamilton to counter Ferrari threat 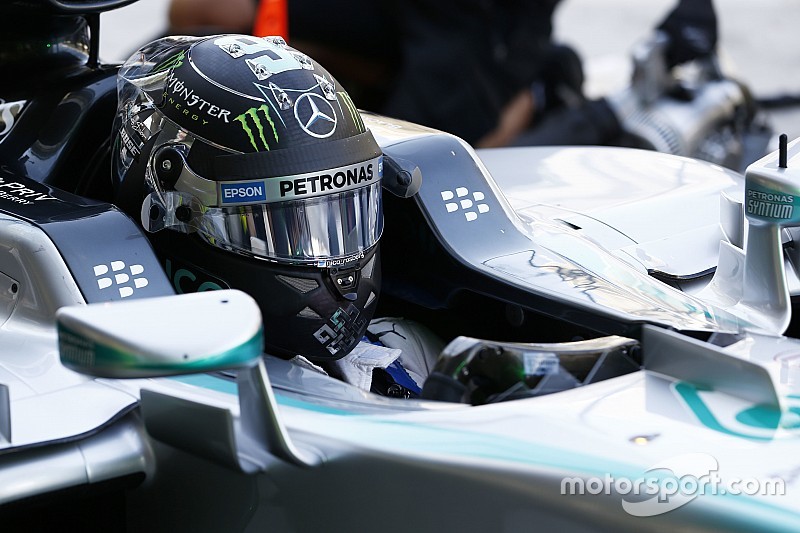 Nico Rosberg says that he and Lewis Hamilton will work together on development of the Mercedes W07 to allow them to decide the title amongst themselves again in 2016, in the face a renewed threat from Ferrari.

The German shook down the new W07 at Silverstone on Friday, on the day that Ferrari launched its 2016 contender in Italy.

Rosberg stressed that he's looking forward to a chance to beat his teammate Hamilton to the World Championship at the third attempt.

“It's the sort of battle that I relish, that's what I do sports for, it's what I compete for. So that will be good. And let's see how it goes.”

Rosberg refused to be drawn on Toto Wolff's warning at the end of last season to the effect that the drivers have to put the team first.

“That's really long ago now,” he said. “At the moment of course we're working together because it's in our interests that the car is as good as possible, to make sure that there's no other opposition, and it's just between the two of us.

“But I don't want to speak about details of ups and downs, it's always the same.”

Rosberg says Mercedes does not underestimate Ferrari, expected once again to be the biggest threat: “We take the opposition very seriously, especially Ferrari.

Asked about his Mercedes contract – which ends this year – Nico was relaxed about his long-term future with the Brackley outfit.

“I'm sure there's going to be many more years to go here at Mercedes,” he said. “I feel comfortable here, I really enjoy being part of the team.

“We've achieved so much and there is even more to achieve in the future.”