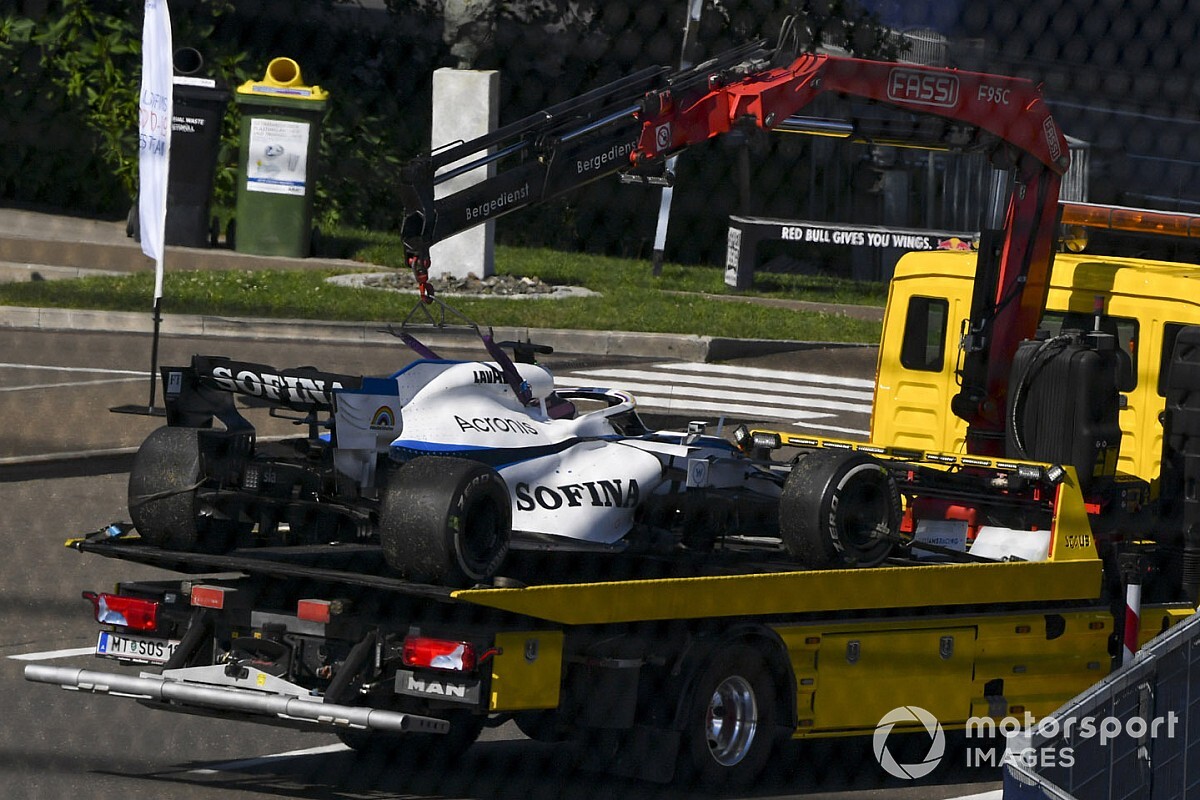 Although the change will have no impact on Russell's grid position for the Red Bull Ring race, it means he is a step closer to receiving penalties.

Russell retired after running 49 laps of the Austrian Grand Prix with what was described at the time as a fuel pressure issue, and which led the team to tell him to switch the engine off.

His power unit was returned to HPP in Brixworth and, after investigations, it has been deemed that it suffered a gear drive failure.

Russell's car will thus have a new V6, MGU-H and turbo when Williams reserve driver Jack Aitken takes to the track in FP1 on Friday.

It's understood that the problem was specific to Russell's engine, and thus there are no concerns about the other Mercedes units used last weekend.

Racing Point's Lance Stroll retired in Austria when his Mercedes engine started to lose power. However, it was subsequently deemed that the issue was not related to the power unit, which remains healthy, and was not returned to Brixworth.