Russell had "horrific" week leading up to Baku 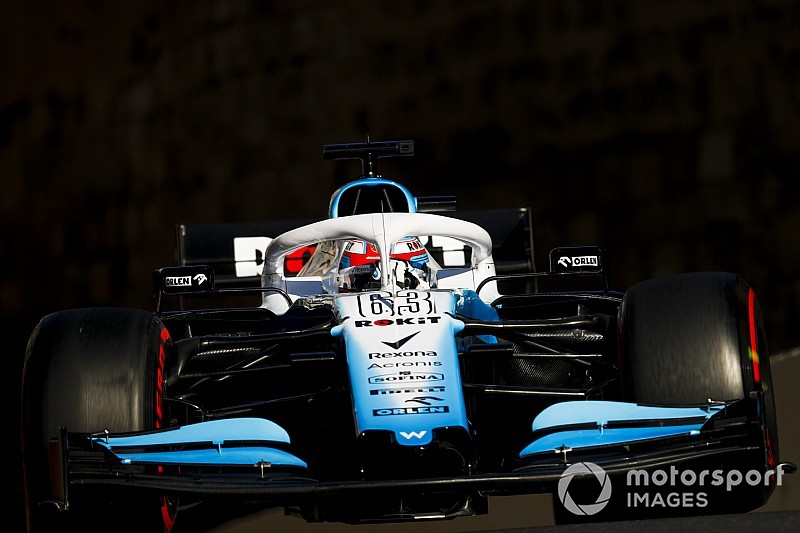 Williams driver George Russell was “very pleased” to bounce back in Formula 1 qualifying in Baku, having had a “horrific” week leading up to the event.

Russell has been suffering with a viral infection in the build-up to Baku, and pulled out of the pre-weekend Thursday press conference as a result.

He sat out almost the entirety of Friday's running after a loose manhole cover wrote off his FW42 chassis, and was slower than teammate Robert Kubica in Saturday morning practice, but had the measure of his teammate in qualifying even before Kubica crashed out.

When asked after qualifying for an update on his recovery from illness, Russell said: “I'm feeling better, thank you. Since Wednesday last week, it's been horrific. I slowly recovered and then when I woke up Thursday morning, just felt very weak and ill, pretty much, again.

“It was like this viral infection. One minute I was shivering, the next I was sweating, terribly sore throat, getting light-headed, and just feeling weak, no energy at all. Wasn't nice.

“It wasn't ideal [preparation], and from my side I just want to do the best job, every possibility, and that was holding me back, but I woke up this [Saturday] morning feeling good.”

Russell said his qualifying performance marked a turnaround after he struggled to get to grips with his Williams in third practice.

He ended qualifying with four tenths in hand over Kubica, albeit still trailed the next-slowest car – the Renault of Nico Hulkenberg – by 1.7 seconds.

“FP3 was not a good session whatsoever, really struggling with confidence, lack of grip, just sliding all over the place.

“We made some changes for qualifying, I was very pleased with my laps, they felt decent.

“But yeah, it's just a bit of a shame that as a team we're quite far from the pace, but I felt like I got the most out of the package.”